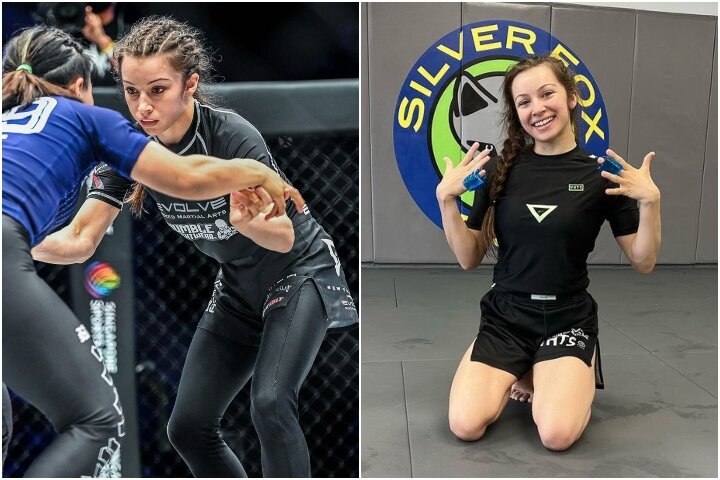 Danielle Kelly is an elite Brazilian Jiu-Jitsu black belt champion and (from recently) a ONE Championship submission grappling athlete.
Aside from working on her striking skills, she’s also honing her wrestling – which goes hand-in-hand with her BJJ skillset.

What’s more, Kelly actually trained wrestling in high school! And, given that wrestling programs haven’t been popular for girls her age back in the day, Danielle trained mostly with male counterparts.
And yes – she was extremely competitive, even back then. In an interview for ONE, Danielle Kelly shared a funny story of beating a boy in a high school wrestling match:

So I went against this kid, and I don’t think he was super athletic, but he was pretty good. And he was trying to take it to me.

So, this really cool move I learned from the wrestling gym, I used it on him. And I basically pinned him in that period.
And I just remember his team was kind of surprised or laughing, and he was really, really embarrassed. I think he didn’t shake my coach’s hand at that time or my hand.

But he basically just went back to his team, threw his helmet, and just hid somewhere because he’d lost to me.
I was wearing a hair cap, so it was pretty funny. I didn’t blame him.