Danielle Kelly On Eating To Gain Weight For Competition: “I Really Like Nutella” 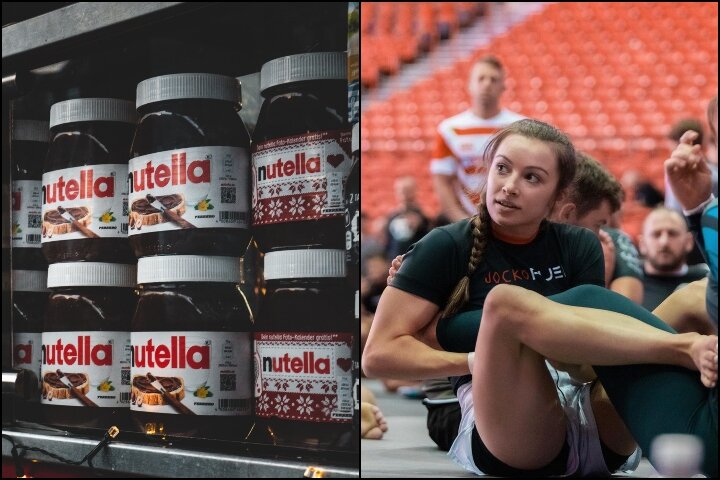 Danielle Kelly is a submission grappling champion, currently competing under the ONE Championship banner. And in just two weeks, on November 19, she will take on Mariia Molchanova – a Russian sambo world champion.

Suffice to say, Kelly is an elite athlete. However, what might surprise you is that her diet doesn’t look like you’d probably expect from someone competing at such a high level.
Namely, in an attempt to gain weight to compete, Kelly often resorts to Nutella and Chick-Fil-A.

She disclosed her diet habits in a recent interview for MMA Superfan:

I really like Nutella, I love a lot of Nutella. They are like my guilty pleasure. I don’t know, I’ll snack on Chick-Fil-A usually, sometimes after my classes.
Because there’s a Chick-Fil-A spot right near the gym at night. So I just drive five minutes out there, and I just get Chick-Fil-A.

It’s a diet Kelly doesn’t regret one bit – as it’s aligned with her goals:

Most of the time, when I’m eating like that, I’m just trying to gain weight. Because the girls are really strong, and most of the time they’re 115 and they’re cutting to 115. So, they’re bigger than me already.

So yeah, I don’t really feel guilty but you know, I’m just trying to be as strong as they are because they’re all really strong. Especially Mei Yamaguchi.