Danielle Kelly On Being A Ring Girl: “I’d Rather Go In The Cage And Choke Girls Out” 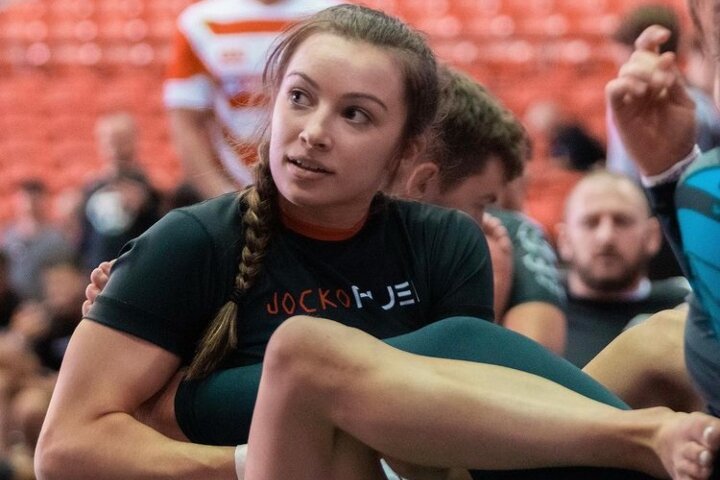 Danielle Kelly is on a winning spree in ONE Championship. Her last win came just a few days ago, about two minutes into the match; as she was able to beat the world Sambo champion Mariia Molchanova with a Rear Naked Choke.

It goes without saying that Kelly is quickly becoming one of the most recognizable faces in the world of BJJ and submission grappling worldwide, as one of the most exciting athletes to ever do it.
However, not many people know that Danielle had also worked a couple of times as a ring girl for smaller promotions in the U.S.

She shared that fact in an interview with ONE Championship… And, even though she has respect for women doing that for work, she wouldn’t do it again herself:

Look, would I do it now? No. Because I’d rather go in the cage and choke girls out, not pull up a sign. But that’s me.

Like, I will never judge anyone else’s life or like girls who are doing that. You know, good for them, they get paid for it.
But for me, it was a bad time.

Kelly put on a spectacular performance against Molchanova. Here’s a small reminder: