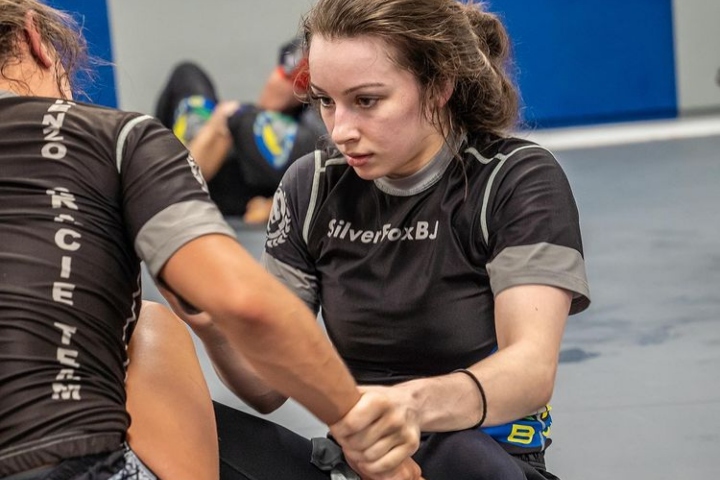 Brazilian Jiu-Jitsu superstar Danielle Kelly is making her competition return on November 18, against Mariia Molchanova at ONE Championship.
Knowing that she’s in for a challenge against the Sambo world champion, Kelly is preparing to put on her best skills display… But also because she feels that she has to “set an example” for women’s grappling.

She shared why that’s the case in an interview with ONE:

I have to keep a lookout because there are lots of girls and I’m being challenged more at the gym. So I’m just pretty confident in who I go against now. Especially MMA fighters, I think a lot of them, they’re really tough too.

But yeah, it just feels really good to be like the face, because I’m trying to set an example.

She also emphasized the similarities she noticed between BJJ and striking: