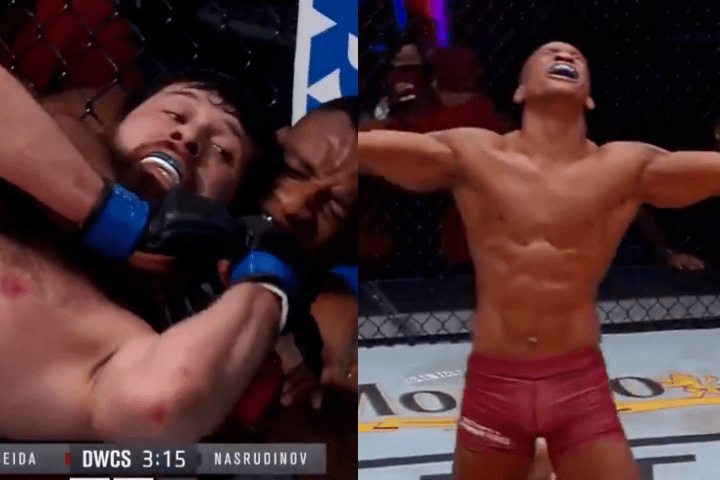 The Dana White’s Contender Series season 5 is in full swing, with week 3 being the most recent one. The card displayed a total of six fights, which resulted with five more fighters being awarded UFC contracts.
The Tuesday’s fights also displayed a high level of grappling, with arguably the highest being in the match between Jailton Almeida and Nasrudin Nasrudinov.

Early on in the match, Almeida started aggressively against his opponent. However, Nasrudinov is an experienced Sambo practitioner, who then used his grappling skills to put Almeida on his back. Almeida then did what almost every Jiujiteiro fears when they take someone’s back; he jumped up to his feet and slammed Nasrudinov onto the mat!
Then, he took Nasrudinov’s back in quick fashion and tried to get a Rear Naked Choke for the first time. However, Nasrudinov wiggled out and got back on top, landing some serious strikes. Almeida managed to recover back to his feet fast, landing significant strikes there himself and getting two takedowns before the bell rang.

As the match progressed, he continued with his domineering display of grappling. He once again took Nasrudinov’s back and – this time – successfully locked in a Rear Naked Choke.
Check out the finish on the video below:

What a statement victory from @JRMalhadinho in tonight’s #DWCS main event 🇧🇷 pic.twitter.com/GzRK3ywKsS