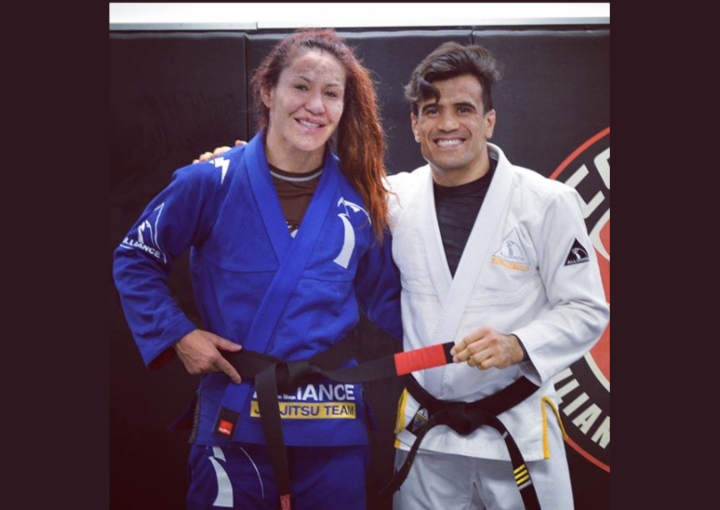 Former UFC and Invicta world champion Cristiane Justino aka Cyborg has just been promoted to black belt in BJJ by the legendary Rubens Cobrinha Charles.

Cyborg has been training BJJ and grappling for close to 15 years. Cris was a world purple belt champion a few years ago.
Early in her career, she also competed on Wrestling back in Brazil.
In this Wrestling competition back in 2007, she faced world class wrestler Aline da Silva (world wrestling silver medalsit) and beat her.

Cyborg on her black belt promotion after 8 years at brown belt:

“8 years as a brown belt in BJJ and today I received the honor and privilege to call myself a @cobrinhacharles Brazilian Jiu Jitsu black belt. 🙏 thank you to all the coaches who’ve helped me evolve from an athlete into a martial artist.

BLACK BELT IS JUST THE BEGINNING OF A NEW JOURNEY