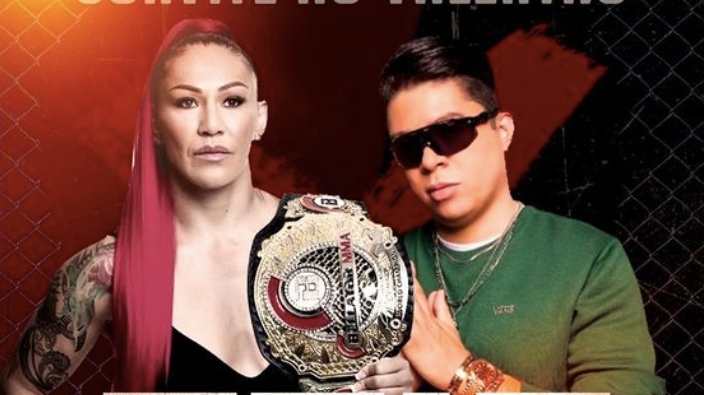 In recent days, the case of domestic violence involving DJ Ivis – who appears in some footage beating his wife in front of his daughter and other people – has gained social media and enraged many people. Bellator featherweight champion Cris Cyborg has decided to take a stand on the matter.

Cyborg published a video by the humorist Nego Di on social networks showing the aggressions of DJ Ivis against his wife Pamella Holanda, and then calling him to do an MMA fight.

“I saw a lot of people around seeing this and not doing anything to defend this woman. And that brings me indignation. If you have the ability to touch your wife, your wife, put the glove on and let’s have a fight. Do what you did to her to me, let’s see if you can. This is nonsense, folks. This is absurd and I think the people who are on the internet, the people who follow this guy… Stop following this guy”, said the Bellator champion in part of the video, which you can check in full below.

Soon after, Cyborg also published a post showing the poster for the next edition of Nação Cyborg – which will be held on the 29th. Cris referred to the DJ, ironically, as a “bully”.