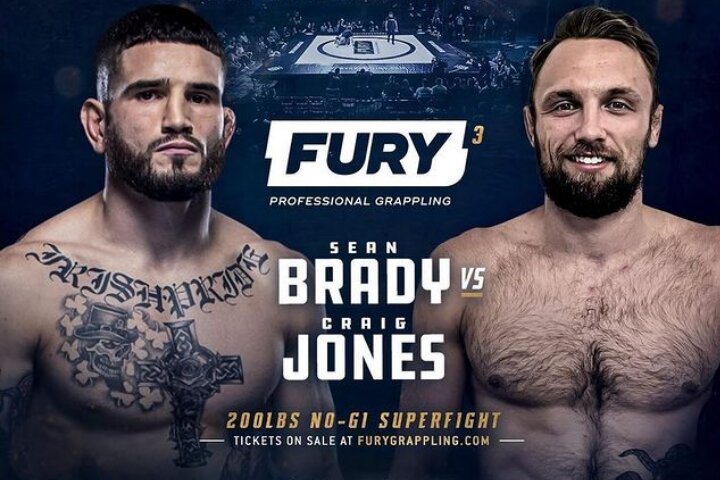 Fury Grappling 3 is headed to be one of the most spectacular grappling tournaments of 2021! Scheduled for December 30 (what better way to end the year than with a great BJJ event!), it now announced that it will feature a match between Craig Jones and UFC fighter Sean Brady.

Sean Brady has a 15-0 professional mixed martial arts record and is, at the present moment, ranked #9 on the welterweight list in the UFC. He is a Brazilian Jiu-Jitsu black belt under Daniel Gracie and has four submission wins under his belt.
Needless to say, it’ll be an exciting match to watch between Brady and Jones; who’s submitted Donald “Cowboy” Cerrone in a Combat Jiu-Jitsu Worlds superfight a couple of days ago.

Hand-in-hand with this bout, heaps of other superb “grappling vs. MMA” matches will take place on December 30. For instance, Fury Grappling 3 main card will feature a match between UFC’s Rose Namajunas and elite BJJ black belt competitor Danielle Kelly.