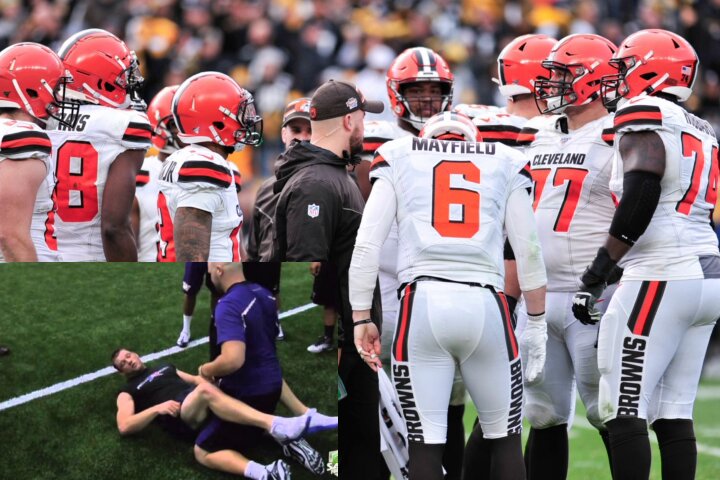 Scott Peters has been an Offensive Lineman for the Philadelphia Eagles NFL team from 2002 until 2006. During his time there, he came to a realization that his bodyweight (300 pounds) was often useless, as he was outplayed by smaller opponents… And, in an attempt to improve himself, he decided to give a shot to Brazilian Jiu-Jitsu.
Soon enough, he started competing in grappling tournaments – racking up two world championship gold medals. Check out one of his Grapplers Quest matches:

Since 2020, Peters has been an Offensive Lineman coach for the Cleveland Browns. In 2019, the team was on the bottom of the AFC rankings with a 6-10 record to their name… However, in 2020, the Browns finished the year with the highest-ranked offensive line!
And the reason? Peters introduced Brazilian Jiu-Jitsu into their regular training routine. Kevin Stefanski, team’s Head Coach, shared that Peters’ experience in BJJ was one of the main reasons he was introduced to the team:

I think his unique experience as a technician and how he comes at it from a different angle, from a Jiu-Jitsu angle, really is a unique way to coach the players in terms of hand placement and hip movement.

(He’s) an absolute madman who understands the psychology of leverage, grip and where you need your hands to do certain things. He’s talented at what he does, and it comes from his mixed martial arts background.

Peters also founded Tip of the Spear Football, which teaches young football players certain Martial Arts techniques in order to minimize concussions on the field.
He shares the importance of using hips in football, in a similar way to wrestling:

The most powerful players on the field in football are the guys who get their hips underneath the other guy. Like a suplex in wrestling, I can’t do it with my hips high, I have to get my hips low.