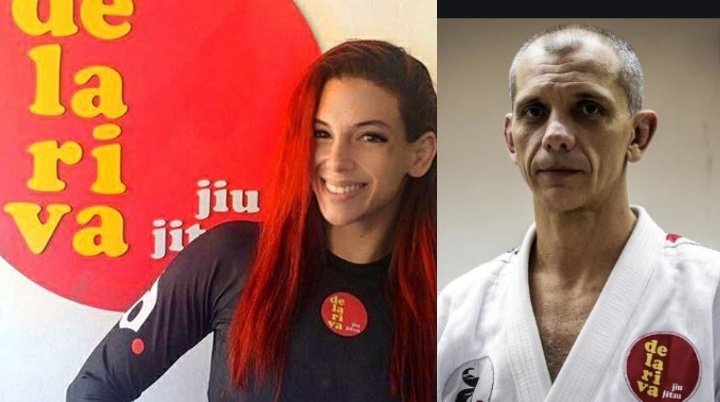 Claudia Doval is a black belt part of Soul Fighters team, and by being named as the top female athlete by the IBJJF for the 2018/2019 season – and by winning gold for the third time on the World Championships this year – she is a force to be reckoned with and is one of the top jiujiteiros of her generation.

Be sure to check our in depth interview with Claudia to find out more about her:

Claudia Doval recently had an intense interview where openned up about her story, from when she was bullied in school, until she started training Jiu-Jitsu.

Claudia came out and revealed why she left her former instructor, BJJ legend Ricardo De La Riva, a 7th degree black belt and know for having created his signature ‘De La Riva’ guard which is used by BJJ practitioners all around the world.

Something happened in 2015 Claudia said in the interview:

De La Riva said “I am going to your home so you can give me a massage“.

“I was very naive towards him and you can say I was stupid because I was 25 or 26yrs old at the time. I was very naive because it never crossed my mind that I was a woman and he was a man because he was like my dad. That was the first time I was well… I panicked a little bit but I was like trying to convince myself that it was ok…. I was like ‘he is like my dad, I mean, it’s normal if your dad goes to your house to have a massage’. But then I was like: ‘I hope he is just kidding”

“He got to my home, he went over, he asked for a massage. My heart was like you know, almost leaving my body. But I was like: ‘It’s gonna be over soon, I hope he leaves and then the massage was over’. And then he was like: ‘Ok, it’s my turn now’. At that point on I didn’t know what to do with myself… There was something dying inside of me, I didn’t know what to do. He started touching me. I didn’t say no, I didn’t stop him… I was dying inside. I hate him so much because even though I didn’t say no with my voice, I’m sure that my body language was saying no because that wasn’t a choice. I was like a statue“.

She eventually left here gym and joined Soul Fighters to get away from what happened.

Claudia finally revealed her truth, hoping to be an example for other BJJ women who are struggling with the same problems.

The Dangers of Hero Worship in Martial Arts: An Open Letter from Ryan Hall

Read here about the thin line between rape and non-consensual intercourse.

She talks a bout it from the 46th minute: