Clark Gracie On Copa Podio: “I Will Show The Audience A Beautiful Jiu-Jitsu.” 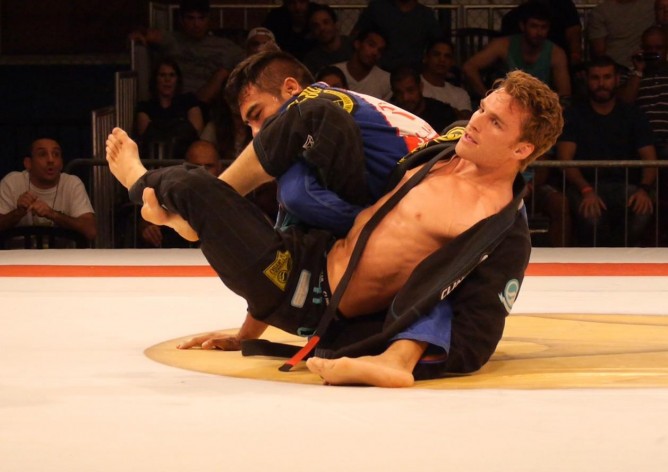 Four months after his last participation, Clark Gracie is coming back to Copa Podio, on the 8th of September,at Tijuca Tennis Club in Rio De Janeiro. In May of this year, the black belt participated in the lightweight GP and ended up falling in the group stage. However, he now participates in the “duel of the cities” between Manaus and San Diego, against Diego Borges, who he had faced in the previous edition.

In an interview with tatame, he said that he is excited to present his fighting style to the Brazilian fans.

“I’m very excited to fight in this event and represent my family in this fight against a great fighter, who is Diego Borges. I hope to have the opportunity to show what is my Jiu-Jitsu and do what I do best. I see it as a great opportunity to do a show for the audience and show a beautiful Jiu-Jitsu. I studied his game a bit and yes I’ll be ready for the superfight.”

Despite having competed in various championships around the world, Clark revealed that he feels extra pressure to defend his city, San Diego.

“I feel so, because I am representing my team and my city. I am very happy to have this honor.”