Clark Gracie: “After The Copa Podio, I Intend To Win The Worlds.” 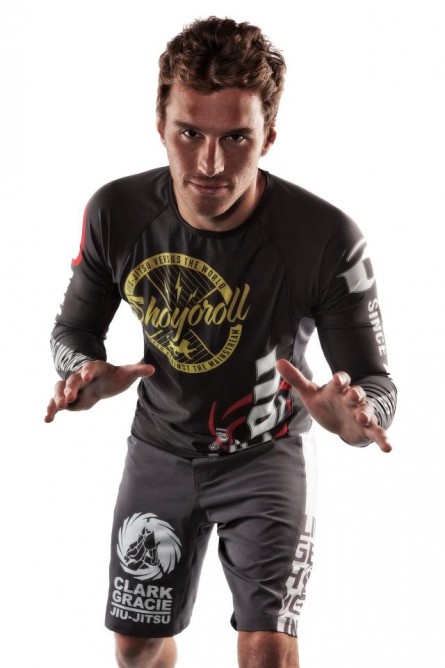 Clark Gracie will be competing at the Copa Podio Lighweught GP in Brazil next month. At this year’s Pans, he won the gold medal putting Marcelo Lapela to sleep in the final seconds in the middleweight final.

About his Pan campaign, Clark revealed: “For me the pan was pretty cool, I was very excited and focused to fight and I think that’s what you need to compete better,” he said. “All of my fights were hard, and everyone has a different strategy against me. My fights against DJ Jackson and Otavio Souza were the most difficult ones.  After all, they were also world champions last year. ”

Asked about his match against Lapela, Clark admitted that he did apply his gameplan, but managed to place his favorite submission in the end: “I did nothing that I planned to do, but in the end everything worked out (laughs). I liked the fight, I felt good during it and managed to finish the way I like. It was a battle. ”

After the Pan, the Gracie family member will not have much time to rest. That’s because he is scheduled fto fight at the Copa Podio, which will be held in Rio de Janeiro in May.

“The next tournament will be the Copa Podio, where I was invited. After that I intend to win the Worlds  in the summer and then rest a bit before starting the No Gi championships at the end the year. “