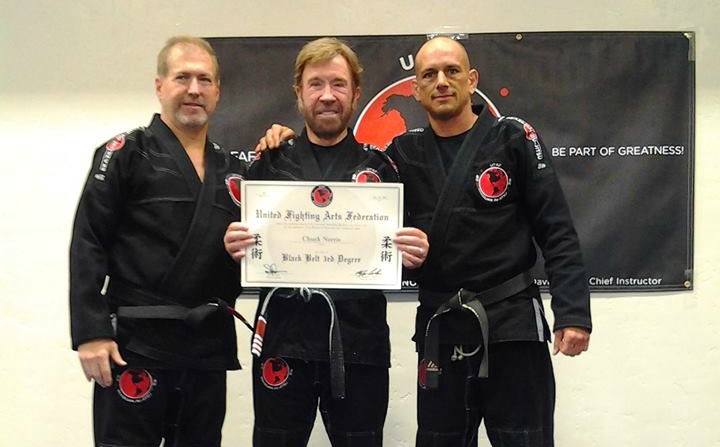 “Today was very special for me. After 30 years of Brazilian Jiu Jitsu training, with the endorsement of Professor Jean Jacques Machado, Professor David Dunn, promoted me to 3rd Degree Black Belt. This was the first black belt promotion held under the direction of our United Fighting Arts Federation Brazilian Jiu Jitsu program (UFAF BJJ) which David Dunn is our Chief Instructor and Reggie Cochran is our Director” 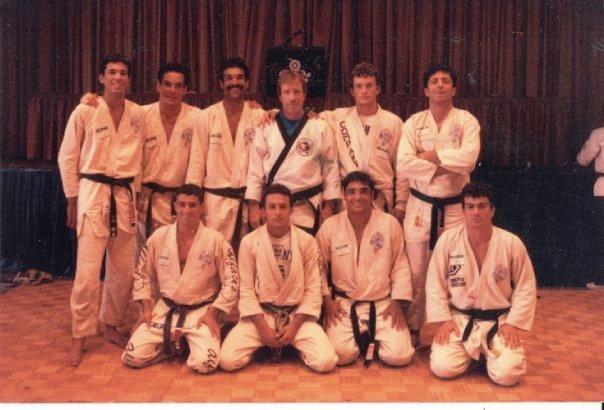 Chuck Norris and the Gracie brothers in the late 80’s

In this segment Chuck tells the tale of his first meeting with the legendary Gracie family while in Rio de Janeiro many years ago. Chuck grappled with brothers Royce Gracie and Rickson Gracie and their father Helio Gracie and his description of getting tapped out by each of them is hilarious. Especially when the elderly Helio has to apologize to Chuck after choking him out.
Norris would go on to train with the Machados, cousins of the Gracies, in LA for the next 28 years:

Here you can see Chuck Norris rolling with the Machado brothers during an episode of Walker Texas Ranger: