Checkmat Ace Renato Cardoso: ” With The Steroid Testing, Let’s See Now Who Are The Top Athletes.” 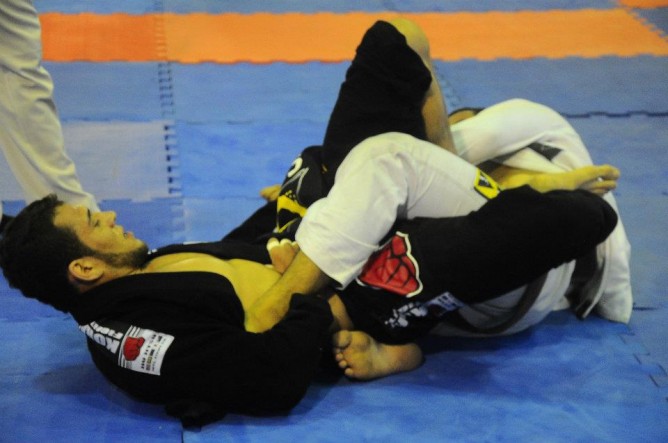 After stamping his ticket to Abu Dhabi, where he will compete in the World Pro, Checkmat’s Renato Cardoso, who won the poll for the event in Manaus, made a point of touching on the controversial topic: doping test at the Pans.

In 2012, the fighter won weight and absolute at the Pan at brown belt, but now will have the tough task of competing with the black belt. On the exam, to be held for the first time at the event, Renato said that he regrets statements of his companions on the subject, ensuring that most use or have used. According to him, now the competition will be even:

“The anti-doping will be good for the professionalization of Jiu-Jitsu, but the sad thing is that most athletes who are giving interviews emphasize that they have never used steroids, and we know that 90% of the top athletes in the world of sports, use or have used, even to get results in strong workouts, or to hide injuries. But it will be good, now let’s see who are the top athletes of “he said.