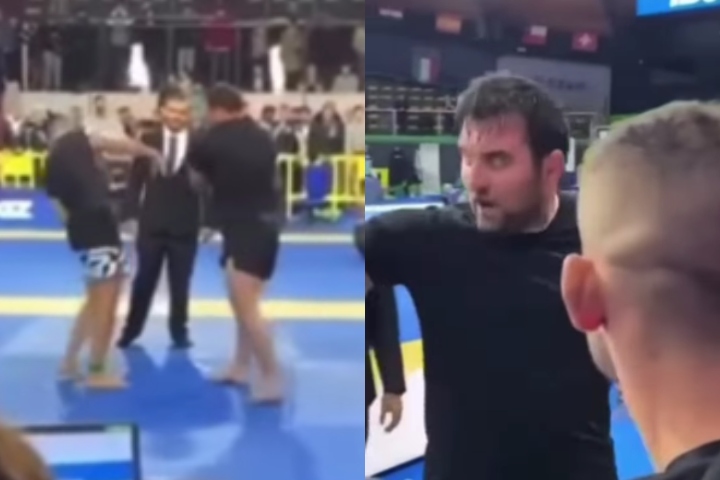 People often say jiu-jitsu is about humbleness and respect. But when it comes to competition the lines get very blurry.

This is what hapened today at the IBJJF No Gi European championship when Chechen-Norwegian black belt Muslim Patsarigov punched Oliver Taza in the face and got DQ’d for it.

This happened in the third of the black belt absolute but as of now we still do not know the context.

Not surprsingly, this is not Patsarigov’s first time as he was famously DQ’d in the same competition five years ago for also punching AJ Agazarm!

Patsarigov has a legit and high level background but this kind of behavior is unacceptable. Tom Deblass also revealed that he had sent death threats to ADCC organiser Mo Jassim…

Muslim Patsarigov is a Brazilian jiu jitsu black belt of Chechen nationality, developed by coach Felipe “Gargamel” Mota from his academy in Sandnes – Norway. Known for his strong freestyle wrestling background, Patsarigov earned his reputation as one of the top super-heavyweights in the world through his performances in tournaments such as Abu Dhabi World Pro Championship, World No-Gi Championship and European Open Championship.