Chael Sonnen: “Khabib Was Telling The Truth – I Saw Him Let Go Of Justin’s Arm” 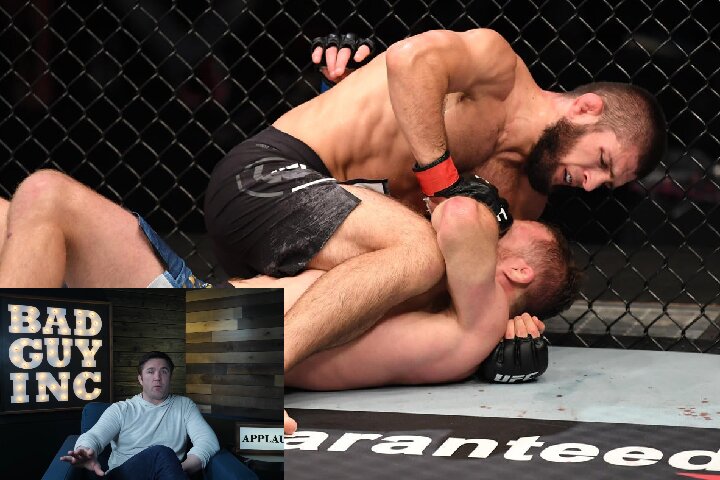 Do you remember the legendary UFC 254 fight between Khabib Nurmagomedov and Justin Gaethje? Khabib won the match via Triangle Choke; however, he later admitted that he had an Armbar in the making, but switched to the Triangle because he didn’t want to break Justin’s arm in front of his parents (who were sitting right in front of them, in attendance).
In a recently published video, Chael Sonnen took the chance to confirm this story:

I was a Khabib believer and I didn’t even know how good he was until he fought Gaethje. So Khabib went to his back, went to an Armbar, let the Armbar go; which he later says is because he saw Justin’s mother in the front row. He knew Justin was gonna want to hug his mother after the fight, so he didn’t break his arm.

Before Chael Sonnen, it was actually Daniel Cormier who initially had the letting-go story get heard:

He [Khabib] had heard Justin say all week that he would never tap and he didn’t want to hurt him in front of his parents. So he went to the Triangle and just kind of put him to sleep.

You need to hear the reason @TeamKhabib switched from the armbar to a triangle against Justin Gaethje at #UFC254 🤯 (via @dc_mma) pic.twitter.com/jjCXgm3r3e