CFFC 100: Smith Taps Out Kamchybekov With a Tight Guillotine Choke 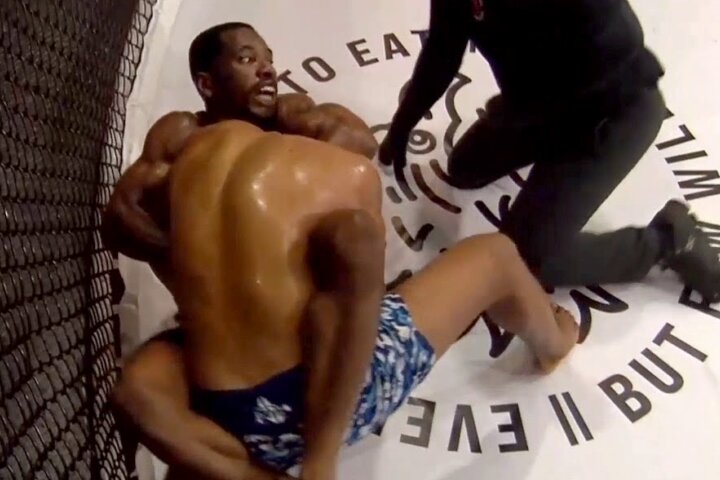 The Cage Fury Fighting Championships (CFFC) 100 took place earlier today, on September 17. It featured a number of exciting fights, as well as a Guillotine Choke finish in the main event lightweight title event!
Namely, Blake Smith tapped out Zulkarnaiyn Kamchybekov; although there was a moment of brief debate whether or not the tap actually happened.

SMITH VS. KAMCYBEKOV: A GUILLOTINE CHOKE AND CONTROVERSY

The lightweight title started off with Kamchybekov being the better fighter in the first and second round. His bigger frame and longer reach were an issue for Smith to handle in the opening minutes of the fight.
As a result, Kamchybekov dominated the end of the first round with quite a bit of ground and pound; and put on a much more domineering display of skill in the second round as well.

However, things changed when the third round began. Kamchybekov went for a takedown early on… But Smith countered it with a Guillotine Choke attempt! The two athletes fell to the ground and Smith squeezed his submission tighter. After a moment or two, Kamchybekov quickly tapped. Smith argued with the ref that a tap-out happened, and the referee put an end to the match.
Shortly after, Kamchybekov attempted to argue with the referee himself, saying that he did not tap – but the replay showed that he clearly did.