Carlos Machado Gets The Coral Belt 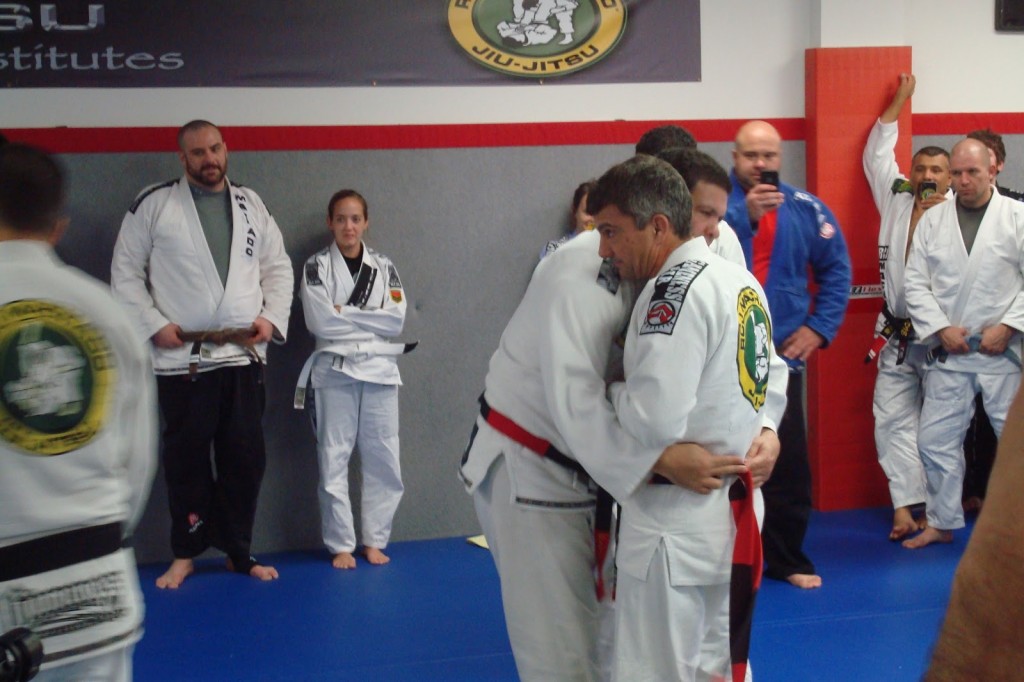 On October 28, 2012, the final day of the 5 Brothers Machado Camp, just as the stellar event was drawing to a close on a beautiful Texas day, Prof. Jean Jacques called the attention of all attendee’s and made a final address that came as a surprise to even the closest cadre to the Machado family! Commenting on how all the brothers looked up to their oldest brother, Carlos, throughout their life as a leader both on the mat and off Jean Jacques began fidgeting with his coral belt. With all the brothers Roger, John, and Rigan as witness along with well over 90 Machado students and friends, Jean Jacques untied his coral belt and asked Carlos to come forward and accept his official promotion to coral belt (7th degree black belt in Brazilian Jiu Jitsu represented by a black and red belt), where fellow coral belt Rigan Machado placed it around Carlos’ waist. 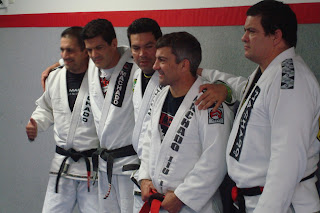 Technically Carlos is the senior ranking brother (promoted to 8th degree in 2005), but he has never subscribed to the IBJJF ranking structure so therefore this promotion was presented by all of the Machado brothers as a recognition of Carlos’ accomplishments within the art of Brazilian Jiu Jitsu. Professor Carlos Machado has been on the mat since he was 4 years old and represents over four decades of learning, teaching, competing, and sharing in the art of Brazilian Jiu Jitsu including authoring his first book “Putting the Pieces Together.” With humbleness cracking his voice and tears in his eyes, Prof. Carlos had this to share:

“This belt simply marks the start of a new journey. I want to thank my brothers, my wife, god, and every student I have ever shared the mat with. This is possible only through the hard work and dedication of all my students and training partners over the years.”