Buchecha: “I Proved Myself In BJJ Already, It’s Time For A New Challenge” 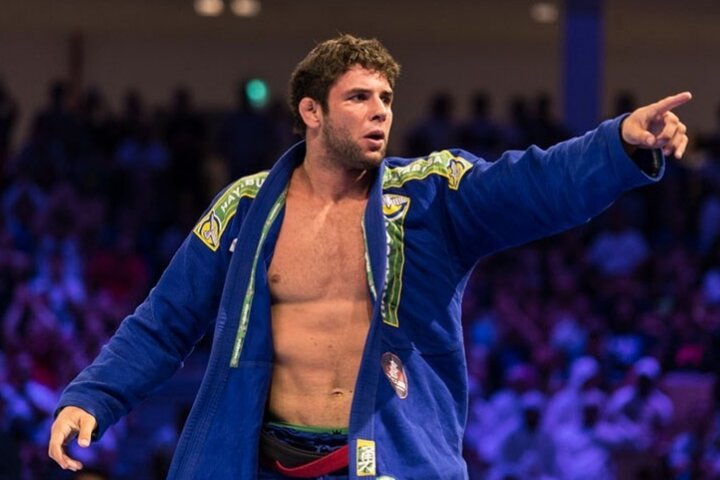 Marcus Buchecha Almeida has done it all in Brazilian Jiu-Jitsu. As one of the greatest grapplers of all time, he’s won 13 world titles as a black belt and 2 ADCC titles as well; now deciding to, seemingly, leave competition in Jiu-Jitsu for good – and to focus solely on MMA.
In an interview with MMA Junkie, Buchecha explained the thoughts behind his decision:

I always had in my head that a real fighter always tests himself, and I want to test myself. That’s what fighting is about.
I tested myself in the gi, and I got like 13 world titles as a black belt. Then I tested myself in no gi and I won two ADCC titles, which is kind of like the Olympics of grappling.

So now I want to test myself in MMA. I did my first fight and of course I’m not done. I like it. It’s a new game.
Since my last [Brazilian Jiu-Jitsu] world championship, I don’t have the fire, the desire anymore to go through a camp with the gi. To win 14th time, 15th time, I think that’s not going to make a difference in my legacy.

I proved myself [in BJJ] already, so it’s time for a new challenge. It’s time to move on. It’s a new chapter of my life. I’m really excited about it, and it feels like a brand new beginning.
It’s the same feeling when I got my black belt in 2010. I wanted to prove myself and test myself against the best. It’s a similar feeling I’m having right now in MMA.

As a reminder, Buchecha had his MMA debut this September at ONE Championship, when he won via submission; and is set to fight yet again in December.