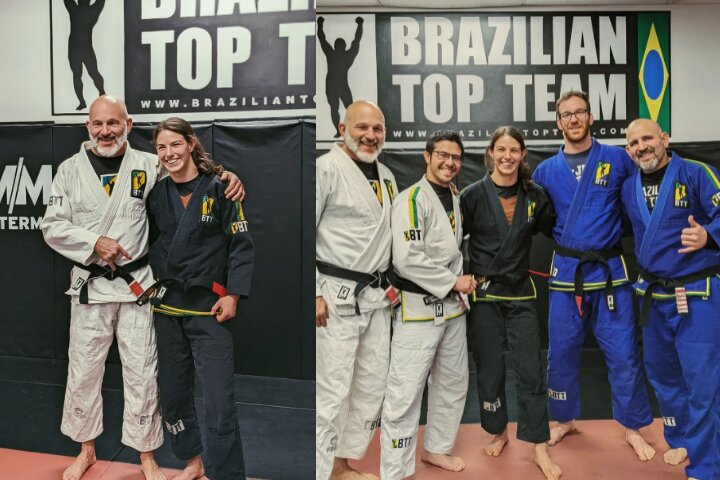 Brianna Ste-Marie is having a great year! After winning the ADCC East Coast Trials, she was promoted to Brazilian Jiu-Jitsu black belt over the last weekend; by Brazilian Top Team Canada’s head coach, Fabio Holanda!
She was emotional about the promotion and shared the news on her social media:

Ready. (Brb I’m actually still crying, thank you to everyone who played a part in this.)

Brianna Ste-Marie has made her name widely known in the BJJ no-gi scene in 2021. Even though she was piling one success after another in the years before, this year she managed – for example – to submit the feared Bri Robertson at Who’s Number One (WNO). Then, at the Trials, she defeated Alexandria Enriquez in the finals’ match!
Ste-Marie is a Combat Jiu-Jitsu and Medusa champion… So it’s without a doubt that she will keep racking up successes in 2022 as well!

Here is a small and puts-a-smile-on-your-face throwback to her ADCC success:

Between thinking I broke my hand in Mexico, to getting some aggressive food poisoning in Texas, to just general competition preparation and weight cutting, I’ve leaned heavily on some ppl and I’d like to thank them!
I also wanted to shoutout @tomdeblass and @mojassim80 for not only organizing a great event, but for supporting athletes and women’s BJJ in every way they can. It is very cool to have people at the top fighting for better representation.