Brendan Schaub: “Chael Sonnen Stuck Up For His Girl & Beat The Sh*t Out Of The Guy” 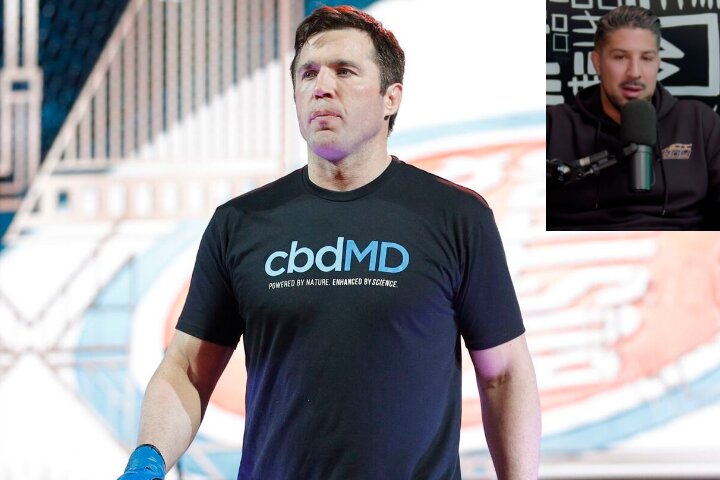 Chael Sonnen was involved in an alleged brawl at a Las Vegas hotel a few days ago, and was given five battery citations afterwards. Even though Sonnen didn’t reveal what happened just yet, Brendan Schaub had an opportunity to speak with him after the incident.
In his “Below The Belt” podcast, Schaub went into details:

I spoke to Chael, asked him if he needed anything, bail or whatever. I absolutely love Chael. Here’s what happened.

Chael was obviously working and he was with his wife. And his wife is a f*cking saint, and also a dime-piece. And some drunk guy with his girl kept making comments about his wife, about her t*ts, her as*, right in front of him.
Play stupid games, win stupid prizes because you’re talking and disrespecting one of the toughest guys on the planet, and definitely one of the toughest to ever compete in the UFC, or Bellator for the matter. And you’re doing it in front of his face. There’s going to be repercussions.

He explained that Chael Sonnen simply stuck up for his wife:

I think everyone should hold their judgment to get more details: he’s in Vegas and he’s walking to his room. Drunk guy and his girl start talking sh*t to his girl. The guy keeps commenting on his girl and her looks, and especially her t*ts.
And you’re dealing with a guy’s guy in Chael Sonnen, who happens to be one of the greatest fighters to ever enter the octagon. He stuck up for his girl and beat the sh*t out of the guy. That’s all there is.