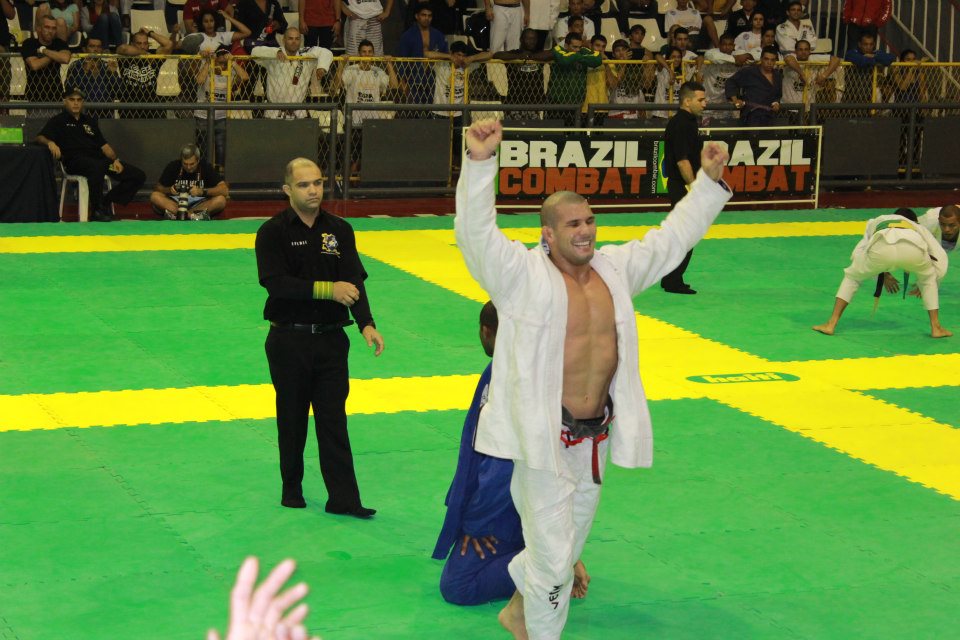 While UFC 152 was going down in the States, the traditional Brazilian Team Nationals were underway in Rio de Janeiro, this Saturday. And the big winner was Rodolfo Vieira’s GF Team, followed by Nova Uniao and Alliance.

Rodolfo Vieira was action after taking the Gold at the Worlds in June. He fought alongside his teammates Igor Silva, Leonardo Maciel, Ricardo Evangelista and Wancler Santos in the brown/black belt division.

Among the heavy black belts,  Rodolfo Vieira had a big influence in GFTeam conquering the title with ease. While Nova Uniao passed by Soul Fighters by 3 × 2, in the semifinals of the heavyweight adult, GFTeam dispatched Gracie Elite Team by 3 × 0 with wins by Rodolfo Vieira (armbar), Igor Silva (8 × 0) and Leonardo Maciel (armbar).

In the final against Nova Uniao, GFTeam gave no chance to their opponents. The opening bout was a intense duel, played all standing between Oliveira and Wancler Kauê Damasceno, who finished as a tie score and win by Wancler by judges’ decision.

The second confrontation was between Ricardo Evangelista who defeated Thiago Gaia by advantages.

Rodolfo Vieira determined the championship for his team, finishing Erico Wesley with a choke from the back.

“This is the title that I lacked. Professor Julio called me to help friends and I came, and I’m stoked. He thought the problem was with me, since last year I did not fight and they were champions (laughs), but I saw that it was not personal, “Rodolfo said.

Check out the full results here