Braulio Estima: “Kron Gracie and I Were Friends, But He Is Under The (Bad) Influence Of Nick Diaz.” 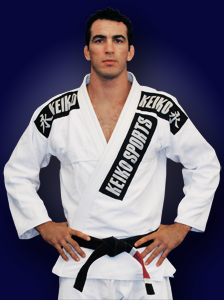 According to Braulio Estima (See article here), Kron Gracie who was in Nick Diaz’s corner during the UFC 158 bout, openly insulted him and threatened him after the GSP-Nick Diaz fight. He had this to say about the incident:

In your interview earlier today with Ariel Helwani, you stated that the scuffle with Nick Diaz wasn’t that big a deal to you, because emotions were running high and it was kind of blown out of proportion. You also had a verbal exchange with Kron Gracie. Which incident bothered you more?

Kron was definitely the one that upset me the most because of the relationship that we had. What I think, and this is just my personal opinion, is that he’s very easily manipulated. Before this, I never had a problem with him. We had always been friends and hung around with each other. We have trained at my academy together, at one point before the ADCC. We’ve hung out and had fun at the Rickson Cup in Japan. We’ve always been on good terms. Even when he competed against my brother, we were still friends.

Everything was fine up until Saturday, and I’m sure his behavior has to do with the influence of Nick and Nate Diaz. Maybe they still don’t like me because of the BJJ match Nick and me were supposed to have, but I don’t keep thinking about that. I just think about what’s coming next in my life.

If there had been any reaction, things would go bad very quickly. The next day, the news wouldn’t be about the great performance of GSP, but instead, about the mess that could have happened.

Diaz’ camp insinuated that there might have been a spy in camp, telling St. Pierre’s trainers what he was specifically training for. What are your thoughts on that?

It’s unbelievable, isn’t it? We don’t have the time to be looking into other people’s camps. There’s too many things involved in our training. There’s too many things to focus on in a day to be worried about things like, ‘Oh my God, I’m going to have to find out what’s going on over there’, and this and that. That’s too much and it’s crazy to think that’s what’s happening, because it’s not.

The way we train is not for one specific situation. We train where no matter what situation you’re in, you can defeat it. He was able to block those kneebars because we trained the concept of holding the guys hips and controlling them. It doesn’t matter what the guy does, he wouldn’t be ale to succeed with anything.

When do you think you’ll make time for your next MMA fight?

I’ve got some proposals to compete in several BJJ main events. 2013 is an ADCC year for me, so I want to focus on that. I have in my mind that I want to hold the record for longest superfight champion title holder. If I win this one, it will be my second one, and will put me closer to my goal.

My next match will be against Xande Ribiero on May 5th in Brazil. After that I’ll be in California in June for one of the superfights there, and then the ADCC in October. Those are the things I’m focusing on, and after that, I will focus more on MMA. Maybe sometime in November or December would realistically be a good time for me.