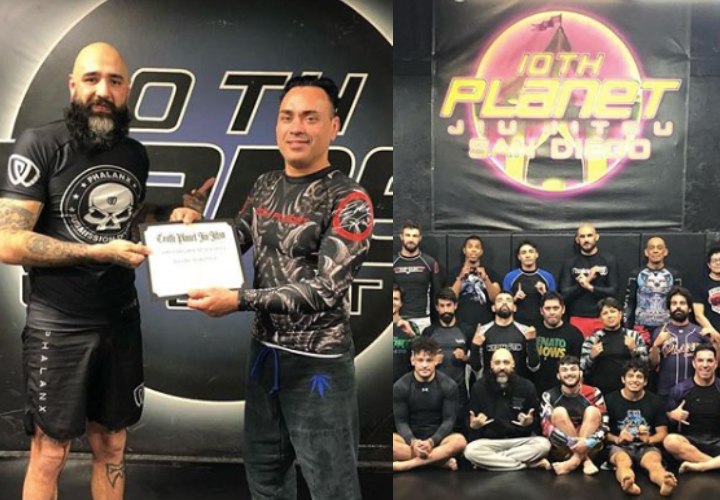 Richie “Boogeyman” Martinez is a 10th planet black belt and brother of Geo “Freakahzoid” Martinez. He is the head of 10th planet San Diego. Boogeyman earned his black belt in 10th planet Jiu-Jitsu in a record 3 years and 11 months which makes him one of his fastest student to earn his BB ever (His brother Geo earned it in 3 years). Boogeyman is also a pro MMA fighter and is signed to Titan FC, and has been break dancing for about 15 years.

Boogeyman recently wrote an interesting post on the 10th planet San Diego, directed at his students.

He stated even though they pay him, that he can’t consider as his students, people who don’t attend his 6 am or 6 pm classes at 10th Planet San Diego…
There are 5 different class times during the day at 10p San Diego, including the 6am and 6pm classes.
As a result, Boogeyman threatened that he wouldn’t promote people who wouldn’t attend those classes. He wants students to alter their personal life schedule so as to attend his classes.
This is quite inconsiderate for all those that have families and demanding jobs…

As a result, a series of memes making fun of Martinez’s announcement were created. This one was a joke translation of what he meant to say: 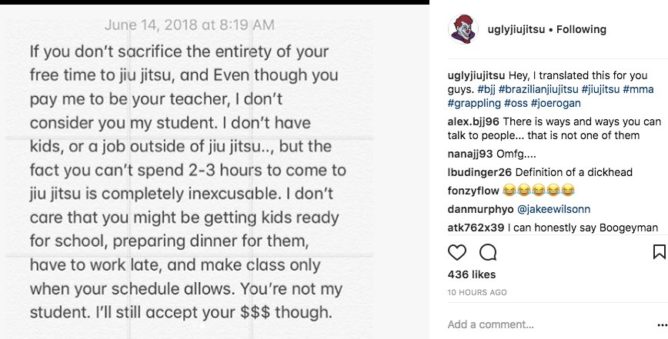 And this one (fake)

A true OG of BJJ, Kurt Osiander is a Ralph Gracie black belt who is the head instructor at the Ralph Gracie Academy in San Francisco. The outspoken Kurt Osiander is one of the most well-known instructors in the world and certainly has a tough old school BJJ game. Kurt recently released his first instructional series for BJJ Fanatics entitled Fundamentals of a Jiu Jitsu Renegade where he teaches his no BS and hard nosed approach to BJJ. Now grab yourself a copy of Fundamentals of a Jiu Jitsu Renegade and be sure to add code ‘BJJEE’ to get 10% off!