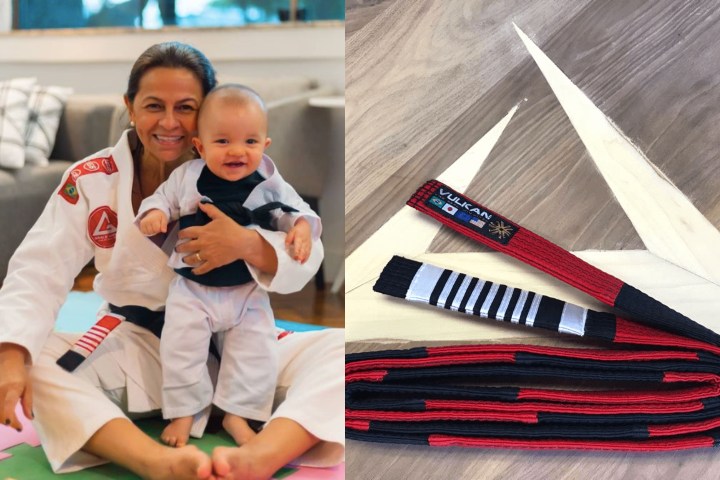 The history of women’s Jiu-Jitsu in Brazil begins at the first Gracie academy in Rio de Janeiro in the 1920s, which had women enrolled – such as writer and poet Rosalina Coelho Lisboa, and Rose and Oneica Gracie, who took the course Jiu-Jitsu skills like other girls in the family.

But the first BJJ black belt would only appear a good few decades later. Yvone Magalhães Duarte, born on August 26, 1963, is the first female black belt that the Jiu-Jitsu world has heard of. She was promoted by master Osvaldo Alves, in October 1990.

Yvone Duarte has been training Jiu-Jitsu since 1978, when she was 14 years old. In 1985, the featherweight blue belt (52kg) made a special request to grandmaster Helio Gracie – who would also schedule women’s fights, which had never happened in the Rio Federation tournaments. Professor Helio agreed and opened an unprecedented women’s division , for white and blue belts up to 60kg. Yvone was champion.

“The Osvaldo Alves academy was avant-garde in this regard,” says Yvone. “The team had great athletes, such as Marina Alcântara, Fernanda Bulhões, Laila Zalfa, Ana Maria D’Ávila, Jeane Xaud, Lucia Moraes, Verinha and me. We pressured everyone to open the competitions for us, and we succeeded, in 1985. I had just given birth to my son Pedro Henrique, and I trained pregnant for the tournament.”

In 1997, after living in Roraima and Rio, the teacher settled in the capital Brasília, where she founded her first academy.

After moving to Rome with his family, he taught women in the UN security course, starting in 2018.

Yvone has now become the first ever woman to get a 7th degree red and black coral belt after having trained BJJ for 43 years and black belt for 31 years.

Yvone shared the news on her IG: