“BJJ vs Sambo – Which Is Better?” Ruotolo Brothers Reveal Their Opinion 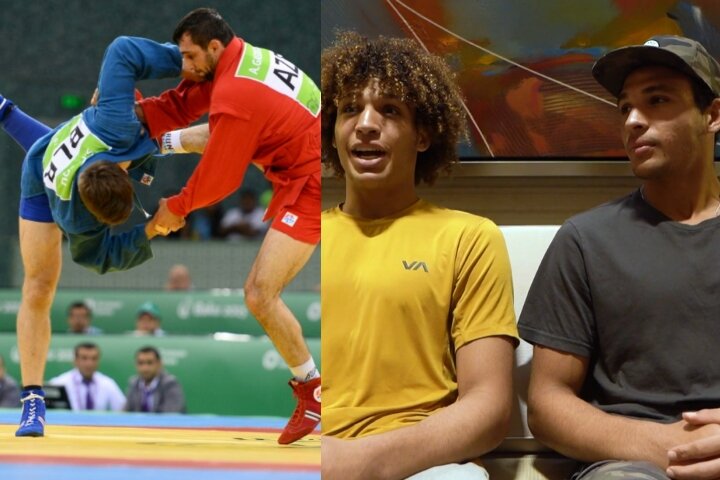 The discussion between BJJ and Sambo – the question being which is the “better” martial art – has been a long-lasting one. And since recently, it’s being put on a test; with ONE Championship pitting Jiu-Jitsu and Sambo athletes against each other.

So far, Brazilian Jiu-Jitsu has had more success. For instance, Kade Ruotolo submitted (with relative ease) Uali Kurzhev, a 4x Sambo world champion.
With that in mind, Kade’s twin brother Tye has decided to share his own opinion on the whole Jiu-Jitsu vs. Sambo debate:

The thing is, with Jiu-Jitsu, there’s thousands of techniques. And even more getting made up every single day.
In pretty much every other sport – Muay Thai, boxing, even Sambo – there’s only so many combinations.

So, Tye emphasizes that BJJ is the better martial art simply because of its constant development and the myriad of options:

That’s one thing about Jiu-Jitsu… That sooner or later, in a 10-minute match, I feel like a high-level Jiu-Jitsu guy is going to be able to get the submission just because of all the different routes he can take to the submission.

As a throwback, watch the video below to see how Kade Ruotolo made work against Uali Kurzhev – submitting him with a Leg Lock quickly into the match: