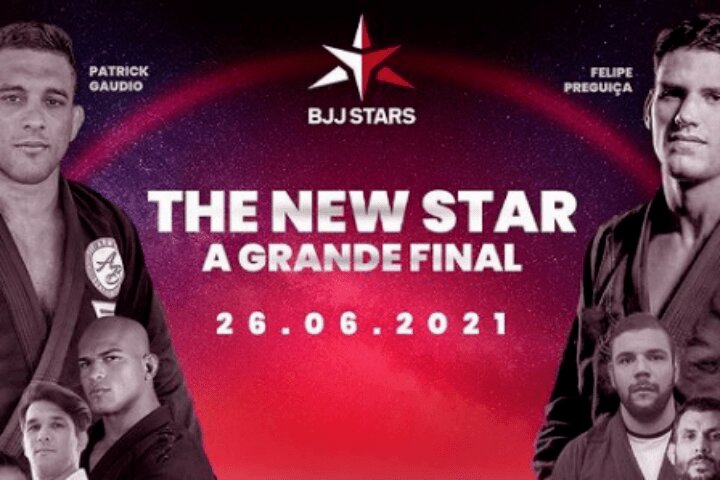 The new BJJ Stars event is just around the corner! On June 26 (Saturday), this promotion will feature a card that’s stacked with multiple high-level Gi and No Gi matches alike.
Felipe Pena will face Patrick Gaudio in the main event, defending his BJJ Stars heavyweight title. Lucas “Hulk” Barbosa, Matheus Diniz, Yuri Simoes, as well as Mahamed Aly are just some of the other top competitors who’ll go head-to-head against each other.

Felipe Pena – an ADCC absolute champion and a multiple time IBJJF World Champion – had won the previous BJJ Stars heavyweight title earlier this year, by winning against Luiz Pena, Erich Munis, and Gutemberg Pereira; all in one night. His adversary for the heavyweight title, Patrick Gaudio, is the 2020 European Open Champion, and has won matches against Erberth Santos, Lucas Barbosa, Victor Hugo, and others.
It’s set to be an exciting match, that will certainly feature lots of top-level grappling.

Lower on the card, there is a really exciting No Gi matchup between Matheus Diniz and Lucas Barbosa. The two have met in competition previously, for a number of times. Diniz won their last encounter… But it was Barbosa who won the first four!
Also, the two-time ADCC champion Yuri Simoes will meet the IBJJF Gi and No Gi World Champion Mahamed Aly, in yet another No Gi match.

How do you think that these matches will play out? Let us know!