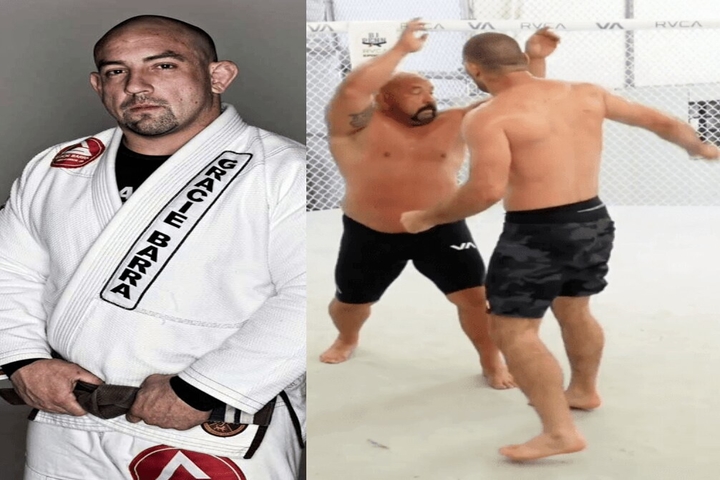 If you’ve been training BJJ for a while, you know how things can sometimes get heated during training. Stuff can turn emotional, even physical.
Such was the case when the Brazilian Jiu-Jitsu champion Orlando Sanchez got into a physical altercation with Sean Strickland, a UFC veteran, during a recent sparring session.

The attempt at sparring again afterwards didn’t go too well. Strickland was still visibly angry with the standing Mir Lock that Sanchez applied, and he left the cage quickly.
Orlando Sanchez is a BJJ champion, who won a gold in the ADCC and who also runs a number of Gracie Barra gyms. He was helping Strickland prepare for his up and coming fight against Urijah Hall, which is to happen in July.

Sanchez has in the past used some questionable techniques in training:

A post shared by Best of Grappling / BJJ (@grappleroyale)