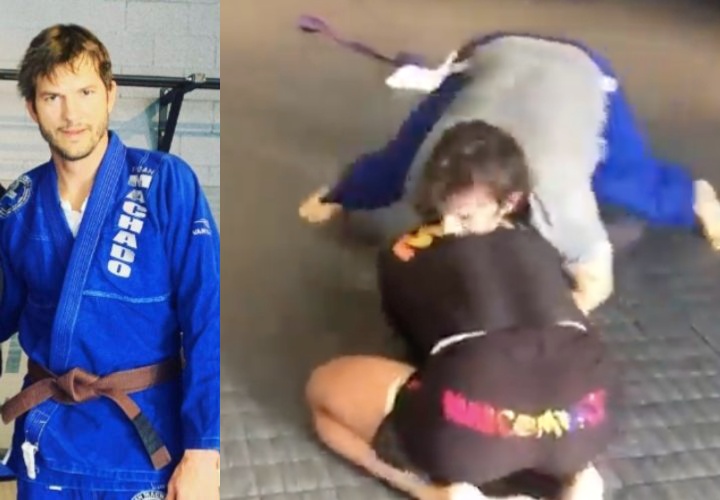 Ashton Kutcher came back in BJJ news when he was promoted to brown belt in late 2019by his long time instructor Rigan Machado. Kutcher has been training more or less regularly for the past 5 years (He got his purple belt at the end of 2014).

Kutcher started training BJJ sometime in 2013, got his blue belt in early 2014 and purple at the end of 2014. The progression was very fast but Kutcher, having grown up in Iowa, had a strong wrestling background. 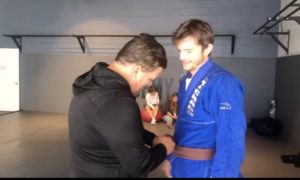 ADCC bronze medalist Jeff Glover questioned Kutcher’s true level in BJJ especially since Macahdo has a system in place for celebrities that train BJJ where there is no sparring. He calls it ‘Flow Jiu-Jitsu’:

You got punked, he’s never even trained . What tournament did he win ?

You think Rigan would just give brown for nothing ? Of course he’s good.

A few years back, when Rigan Machado was asked by reporters how Kutcher would do against UFC fighter and BJJ brown belt Conor McGregor in a grappling match, Machado told TMZ Sports:

This is the first ever footage of Kutcher rolling and he does so with ADCC medalist Craig Jones: