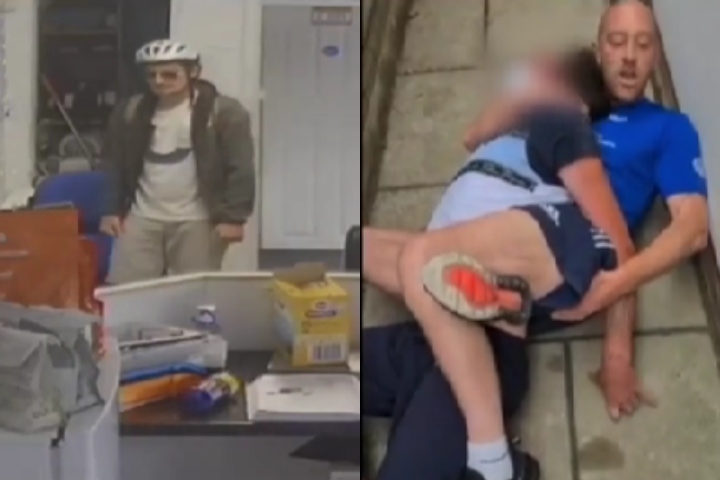 It’s not everyday that you hear about a thief stealing something from an MMA academy… But it does happen – and it almost never ends well for the thief.
Well, that’s exactly what happened for a suspect that tried to steal an electric scooter from the Southend Combat Academy in the UK.

He casually walked into the academy’s lobby while a class was taking place. Making sure that no one was watching, the thief grabbed the electric scooter (which belonged to a 14-year old student) and took off with it.
When the academy owners found out that the scooter was missing, they shared the security camera footage with the public; asking for help in identifying the perpetrator.

It didn’t take long for the public to identify the suspect and police was promptly called. However, one of the academy co-owners – among other things, a BJJ blue belt – located the person before the police came… And put on a Rear Naked Choke in order to restrain him.
He then flipped the suspect over and put on a Gift Wrap Grip to keep him in place (just like Idriz Redžović did in the 7-Eleven store incident).

Watch the video below to see it in action: