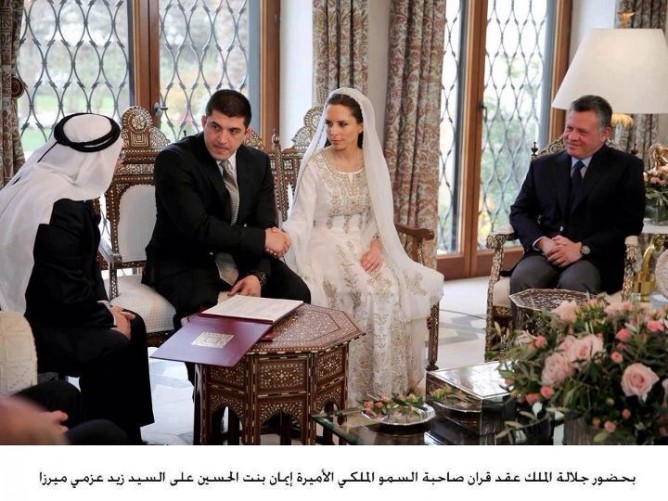 Brazilian-Jordanian Zaid Mirza is a BJJ black belt under World Champion Cassio Werneck. He is the man who has developed BJJ and MMA in the kingdom of Jordan for the past 10 years. He has a chain of successful schools, homegrown black belts, a succesful MMA promotion called Desert Force, and has succeeded in including BJJ in Jordan’s army.

In March of this year, Zaid Mirza got married to Princess Iman bint Hussein, who is the sister of His Majesty King Abdallah II who is a big fan of MMA and Brazilian Jiu-Jitsu, and is a key player in the peace process and stabilization policy in the troubled region. After Sheikh Tahnoon Bin Zayed of Abu Dhabi, Jiu-Jitsu now has a prince in Zaid Mirza!

We wish the newlyweds all the best!