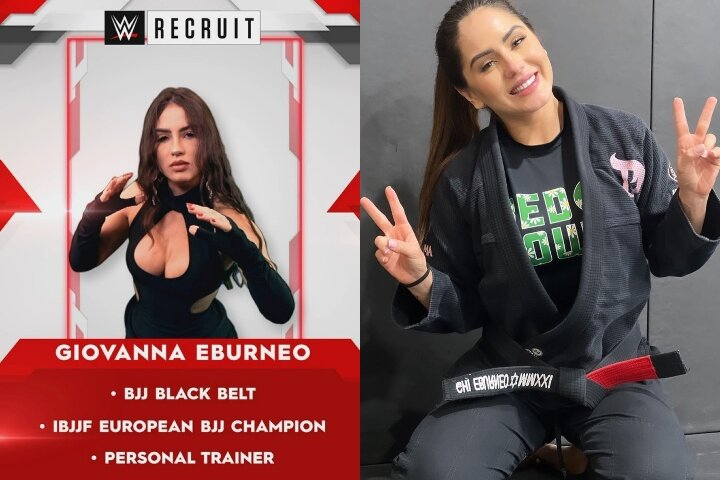 Giovanna Eburneo is a Brazilian Jiu-Jitsu black belt champion. The 25 year-old Brazil native has won both the European and Pan-American Championships; she trains, coaches, competes, and also works as a personal trainer.

Well, Eburneo has now taken it one step further… As the World Wrestling Entertainment (WWE) announced that she has been signed to the promotion!

The WWE has signed Eburneo as a part of their new recruits class that are about to “begin their journey to WWE Superstardom”:

The 17 hopefuls include a variety of up-and-comers who have already made names for themselves in the mixed martial arts and amateur wrestling arenas as well as several standouts from football, volleyball and soccer.

How well do you think that Giovanna will do at WWE?

WWE (fully named World Wrestling Entertainment, Inc.) is an American professional wrestling promotion. However, it is also a globally integrated media and entertainment company, which has branched out into other fields – such as film, American football, and many other business ventures.
In existence since 1953, WWE is available today in more than 1 billion homes worldwide and in 30 languages.