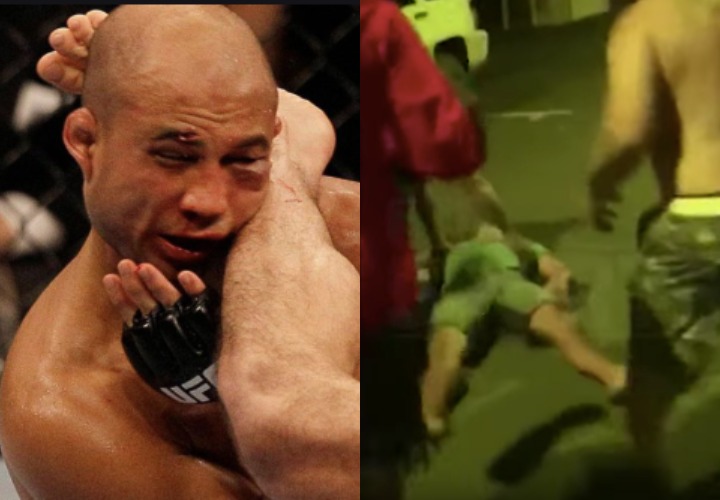 UFC Hall of famer and former 2 weight class champion BJ Penn is in trouble once. He involved in yet another bar fight in Hawaii — Last time, in June, Penn merely grappled with a guy, not throwing punches.

This time, the 40-year-old Penn was sprawled out on top of another man and was actually raining down hard punches just like in his UFC days.

Then the fight continued in the street and Penn got caught right on the chin with a left hook that knocked him out:

Part 1 of the altercation: