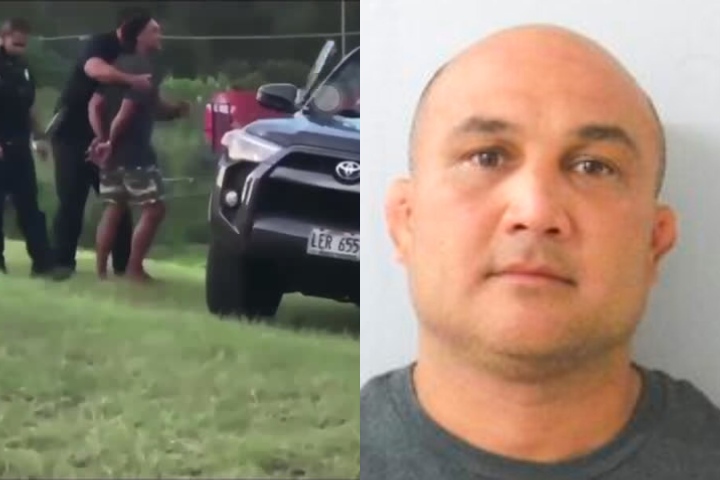 Former UFC champion BJ Penn was again arrested over the weekend on suspicion of driving under the influence in Honolulu, Hawaii.

The Hawaii Police Department responded to a report of a reckless driver on a business property in Honokaa. The 42 year old Penn was at a private business location was seen “talking loudly towards employees and later drove off the property in a reckless manner.”

According to the Police, Penn returned to the business while officers were still at the scene. The officers contacted Penn, observed signs of aggression and arrested him for driving a vehicle under the influence.

He was fired from the UFC late last year after he was knocked out in a street fight in Hawaii, so if he would fight again, it would be outside of the UFC.

In a recent Instagram live session with coach Jason Parillo, Penn gave an insight into where he is at the moment:

“If I can get anything else going it would be nice. If I could get anything else going in life than just a fist fight, it would be nice. But it’s so fun and I love the process and all those things about it. Then you get in the gym and start doing good with active fighters and next thing you know you’re trying to fight and biting off more than you can chew. You might be, you might not be. But the process itself it’s a lot to just do a camp or whatever.”

“I guess when you have something to prove that’s when you can fight the best. It’s like, ‘Hey man, you already proved yourself.’ It’s not about proving myself, I just really like doing this. But you can’t go out and keep getting hurt. That just don’t make sense to anybody.”

Going back to Jiu-Jitsu?

Fond of competition, BJ can find the answer on the mats in his post-UFC career. as the first non-Brazilian to win a World Jiu-Jitsu Champion in 2000, he can once again wear the gi.

In an interview with tatame (in Portuguese) a few years ago, Penn said:

“There’s a chance, actually. Jiu-Jitsu is what I’ll do for the rest of my life, competing in something where I have no risk of brain injury, but once I decide I do not want to fight in the UFC. I want to make sure that my time in MMA is over. It is a matter of ‘timing’. When I’m sure that I will not fight in the UFC again, I’ll go back. “

In Jiu-Jitsu, Penn won the silver medal at the 1998 World Cup, and won bronze in the following year, as a lightweight. In 2000, three months after receiving his black belt from the hands of Andre Dede Pederneiras, the Hawaiian won the gold medal by beating Edson Diniz in the final.