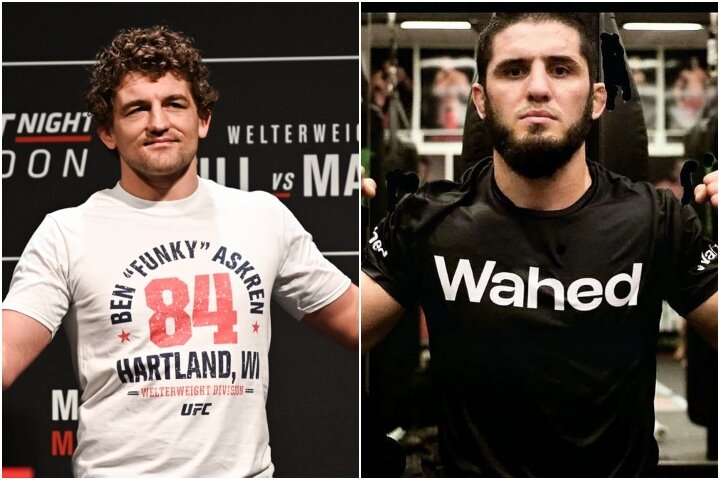 Whenever the words “wrestling” and “UFC” are mentioned together in one sentence, a lot of people start associating them with the lightweight champion Islam Makhachev.
However, it appears that this isn’t the case for Ben Askren, who left Makhachev out of his list of the UFC’s best wrestlers.

Namely, in a recent interview with James Lynch, Askren stated that despite the fact that the Dagestani national is uniquely capable of wrestling, he still has to climb a “relatively high level” to be included on the list.
Here’s what he said:

It’s so hard with them because I mean obviously… Him and Khabib, they crush people with wrestling.

Because there’s even been some guys who, I mean, like GSP – probably will be the most prime example who have almost no wrestling background but yet used takedowns really really well.

But you know, that doesn’t always translate into regular wrestling. It’s correlated probably but it’s not a direct translation.