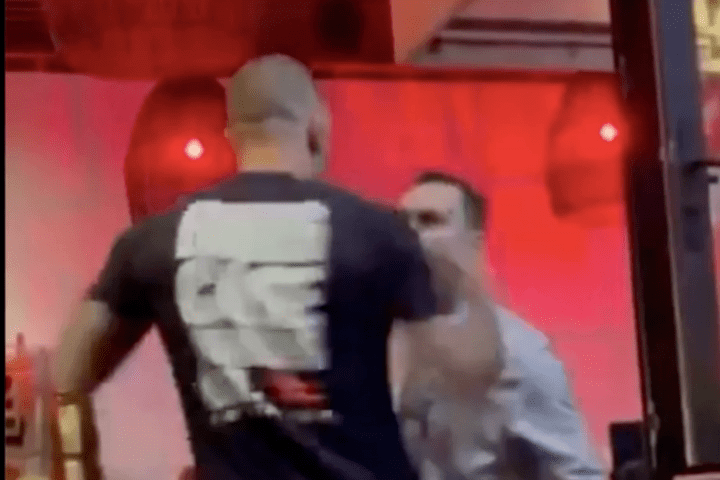 Joe Schilling, a Bellator veteran, was involved in a physical altercation with another person in a bar. Watch the video on the Twitter link below to see what happened:

The video shows Schilling attempting to move past the other person in the bar, who was standing in the middle of a walkway while talking to his friend. However, as he tried to move past him, the bar patron appears to step towards the fighter in an aggressive manner.
What succeeded was a couple of punches thrown from Schilling. The bar patron hit the ground, while the Bellator veteran turns and walks away afterwards. It’s unclear where the incident took place nor when it happened.

Later on, he posted the video in question to his Instagram account. The video was then taken down by Instagram however, to which the MMA athlete responded:

Self-defense is apparently not what this country is about anymore. Don’t trip, I got the video. Love you guys, thanks for the concern and support during my life threatening experience. Big shout out to The Yard Muay Thai for preparing me for this life threatening situation.