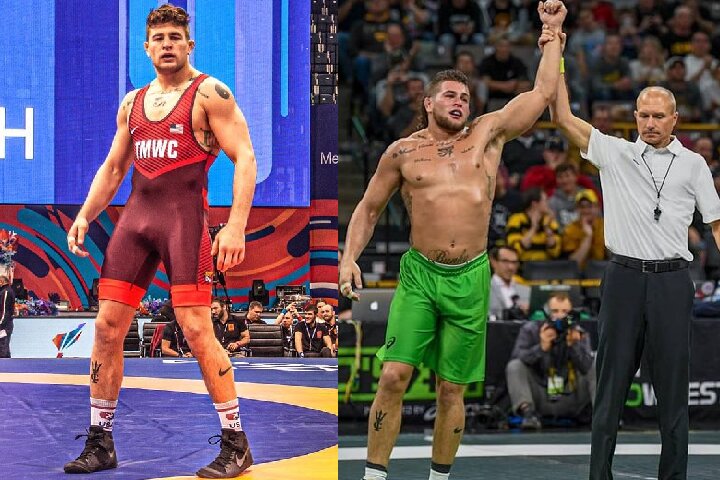 Pat Downey, an elite (and quite controversial) wrestler & grappler has signed a contract with Bellator MMA! He’ll fight in the 185lbs division, which was confirmed after an initial report from Ariel Helwani:

He’ll make his MMA debut with the promotion later this year. Big upside talent-wise and has an entertaining personality. He was known as one more of the more polarizing wrestlers.

Pat Downey has had a rich wrestling career. He was a USA Wrestling world team member, a Dave Schultz Memorial International champion, an NCAA All-American wrestler, as well as a competitor in the U.S. Open and World Team Trials. However, Downey also had quite a bit of legal issues back in his college wrestling days, which happened due to getting into fights; as he was arrested multiple times from 2009 to 2010, he lost a full scholarship at Penn State University.

With that said, Downey has one of the most entertaining and polarizing personalities in the world of wrestling. Furthermore, he’s a newcomer to the world of submission grappling – best known in the field for taking on Gordon Ryan back in February 2020 (Downey won the wrestling and Ryan the submission grappling match).
Also, back in October 2021, Downey competed at the Third Coast Grappling grand prix; beating Geno Morelli and then losing to Jake Shields.