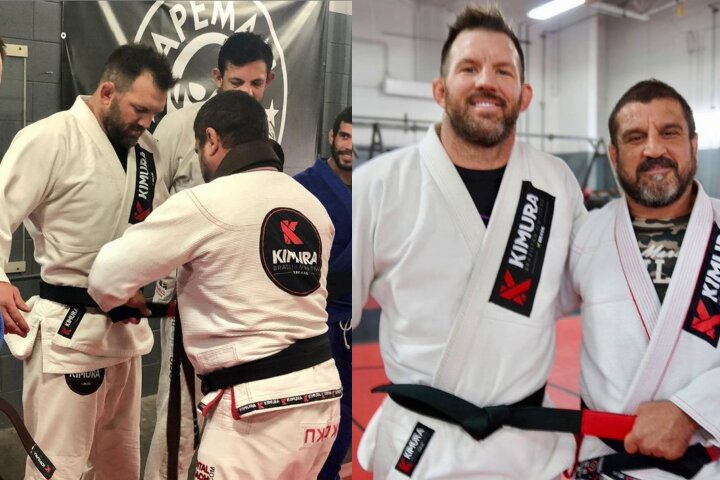 Ryan Bader is the current Bellator heavyweight champion with a record of 28-6 in his professional MMA career. Now, he has earned yet another great achievement to his already successful fighting streak: a Brazilian Jiu-Jitsu black belt.
After 15 years of training, Bader was awarded the belt by Master Jair Lourenco Gurgel – a pupil of the great Andre Pederneiras. It happened prior to his Bellator 268 light heavyweight grand prix semifinal bout.

He shared the good news on social media:

After 15 years I have received my black belt from @jairlourencokimura ! What an honor to receive it from a highly decorated black belt and most importantly a great person and team. 👊🏼 also a ton of help from my man @triboletbeau

When it comes to grappling, Bader uses a lot of top pressure and utilizes his Jiu-Jitsu skills for the ground-and-pound finishes. So far, he’s got three submission wins to his name; though he hasn’t tapped out an opponent in mixed martial arts ever since January 2013.
On October 16, he is fighting against Corey Anderson (who has a score of 15-4 in professional MMA) in a match for the finals of the light heavyweight grand prix.