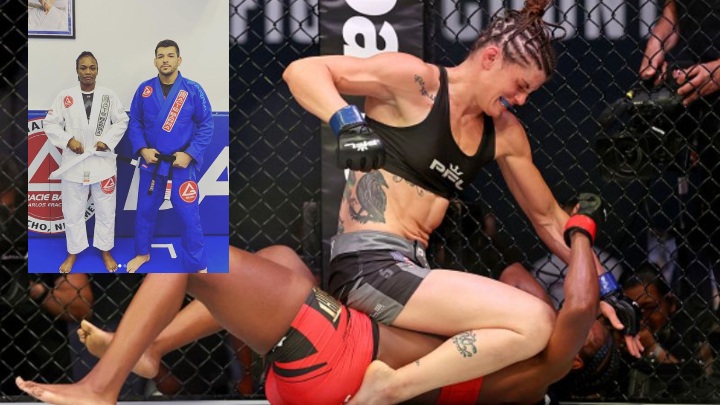 Claressa Shields (26) is the only boxer in history, female or male, to hold all four major world titles in boxing—WBA, WBC, IBF and WBO—simultaneously, in two weight classes. Shields is also a two-time Olympic gold medalist. She made her highly anticipated MMA debut last week when she defeated Brittney Elkin at PFL 4 with a third-round TKO.

Shields was in trouble in the first round where she completely dominated in te grappling departement. She was able to mount an impressive comeback and came out with the decisive victory.

“Congratulations to her. She’s an Olympic medalist and she’s had a great world championship career in boxing. I just will say this: I think that the road gets much tougher moving forward and somebody that really has a good wrestling background and good submission game is going to be very dangerous against a pure striker.”

“It’s going to take her years to really learn the submission game and wrestling to fight somebody that has a wrestling pedigree that’s out there. It’s going to be very tough. So to me, she’ll always have a shot because she has such great striking hands. But as far as moving forward, I think as the opponents get tougher, I think she’s going to have her hands full.”

After her win, Shields said she wants her second fight to take place in the next two to three months.

Despite her unbeaten boxing record (11-0) and her winning MMA debut, Shields still has a lot of work to do.