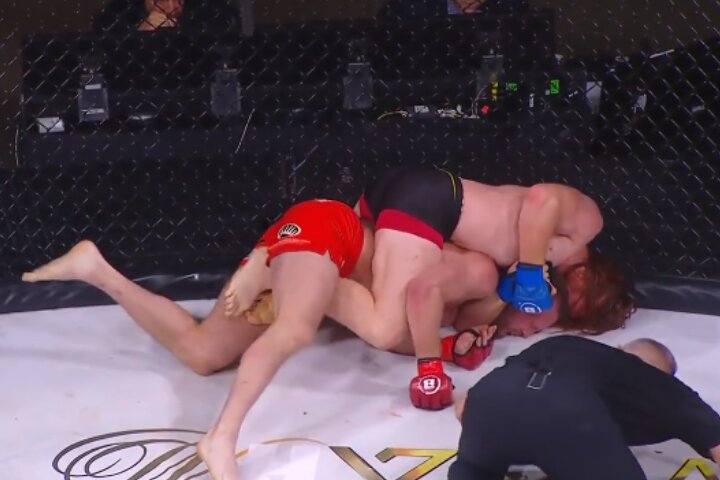 You can be as tough as you want to be… But when you’re caught in a deep Rear Naked Choke, there’s no escaping – just like Spike Carlyle knew at Bellator 272.

Carlyle accepted his Bellator debut on short notice; a bout against Dan Moret, who is a UFC veteran but parted ways with the organization back in 2020, after losing to Billy Quarantillo and Bill Algeo. Nevertheless, Moret remained a force to be reckoned with, as he racked up four finishes while competing for LFA and Cage Warriors.
And it seemed as if Moret was going to win this one as well. He was controlling the Bellator 272 fight from the very first minute; softening his opponent up with plenty of punches and by almost hitting two submission finishes.

He was a clear winner of the first two rounds and it seemed like he was going to take the win in the third as well. But then, a bit over two minutes away from losing, Carlyle engaged into a scramble… Took Moret’s back and put him to sleep with a Rear Naked Choke!
Check out the submission finish below:

😱 Spike Carlyle with one of the biggest comeback wins of 2021!

Tune in to the #Bellator272 prelims, brought to you by @MonsterEnergy & fueled by @sheetz LIVE NOW. ⬇️