Bellator 269: Usman Nurmagomedov Chokes Out Patrik Pietila in First Round 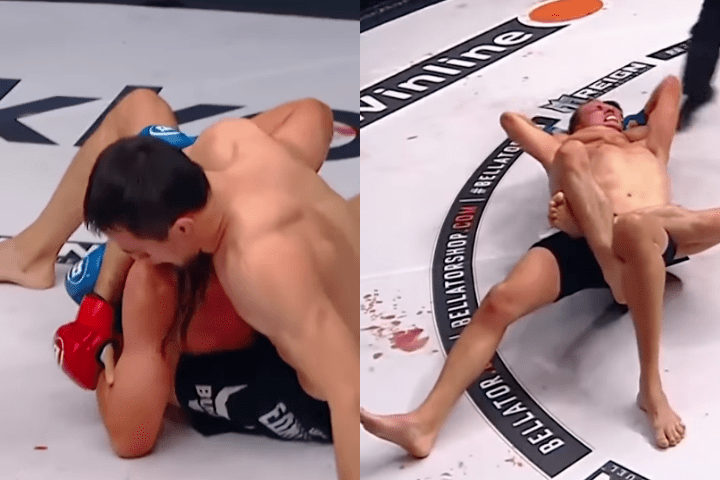 Usman Nurmagomedov, cousin of the former UFC champion Khabib Nurmagomedov, displayed a superb performance at Bellator 269 – where he managed to submit Patrik Pietila via Rear Naked Choke in the opening round.

He first hurt his opponent with a calf kick, after which he took him down with a huge takedown. Having him down on the canvas, Usman took his time to break through Pietila’s defense. He slowly mauled him, transitioning to the Mount and then to taking the back as the seconds went.
Once on his opponent’s back, Nurmagomedov first set up a rather nasty Neck Crank. However, he then readjusted his arm and locked a tight Rear Naked Choke; making Pietila tap out at 4:06 in the opening round.

Usman Nurmagomedov now has a 14-0 record to his name and will not stop looking for challenges, as he made clear in a post-fight interview:

I wish I could have had [an opponent] from the top 10 to put on a real performance. I’m asking Bellator to give me someone from the top 10 cause the amount of haters are increasing.

After winning the match, Usman put on a shirt that featured an image of his late uncle and Khabib’s father, Abdulmanap Nurmagomedov:

It means everything to me. [Having Khabib Nurmagomedov in his corner.] I don’t know how my career would go if I didn’t have my brother Khabib with me. It’s a fantastic feeling to fight in my home country of Russia.