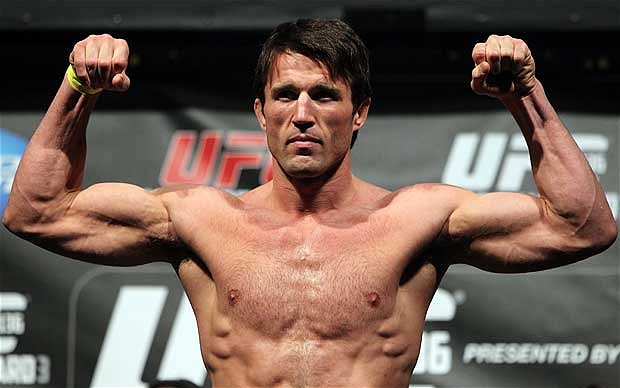 Chael Sonnen’s problems with PEDs are nowhere near finished.

According to MMA fighting:

Sonnen, who recently announced his retirement from MMA, was asked to take a blood and urine test on June 5 in Portland, Ore., by the NAC because at the time he was scheduled to fight at UFC 175 on July 5 in Las Vegas. The commission learned earlier this week that Sonnen failed those tests due to the presence of human growth hormone (HGH), recombinant human erythropoietin (EPO), which is typically used to boost red blood cells that carry oxygen to the muscles, increasing stamina and endurance, anastrozole, used to treat early stages of breast cancer, and human chorionic gonadotropin (hCG), the female fertility drug that is often used in an effort to restart testosterone production.”

Chael Sonnen is set to face Andre Galvao in a submission only match at Metamoris 4, on August 9th in Los Angeles.

Ralek Gracie, Metamoris president had this to say on the MMA hour about Sonnen’s participation amidst all his recent PED problems:

“I think Chael, given everything that was happening with the UFC, I thought it would be an interesting way for him to keep himself active and keep himself interested in something that brings him to his roots in a lot of ways.”

“From a professional standpoint, he hasn’t competed in anything grappling or wrestling-oriented, or at least we haven’t seen it in a while. I think that for him to be able to do something like that just kinds of grounds everything for him. For us to facilitate it for him it’s even cooler. I think that the timing and everything the way that it’s working just couldn’t be better.”