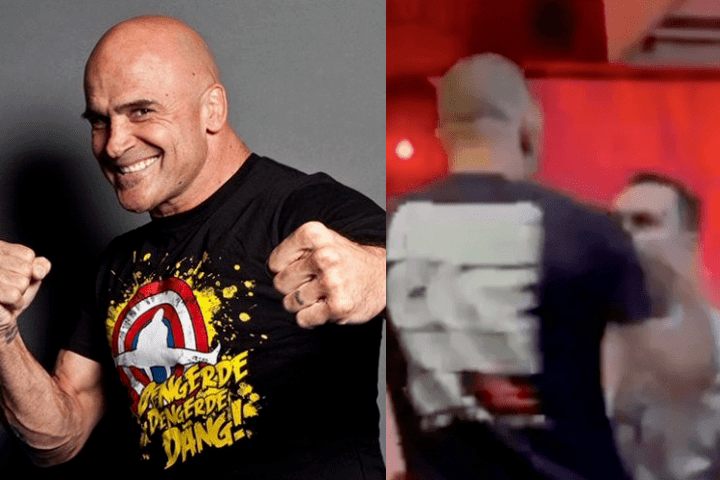 Bas Rutten has been in a lot of street fights (around 35, in his own words). But when you’re a bouncer like Rutten was prior to his professional MMA career, that comes as something natural; and it even brought him fame, as his self defense tutorials on how to use headbutts and finger-snapping in physical altercations were – and continue to be – extremely entertaining.

So, where does he stand on the recent issue of Joe Schilling’s KO of a bar patron? The UFC Hall of Famer shared his thoughts on an interview for MMAFighting.com.

In the beginning you go, was the guy really provoking him? But the messages [Schilling, allegedly] got from his ex-wife, apparently, he was a violent guy. It looked like, yeah, why would he hit him? But apparently, he was saying really bad stuff, and he had done it in the past with his ladies. So he kind of deserved it, I guess.

However, as there’s an absence of additional information about the man (Justin Balboa), Rutten still doesn’t agree with what Schilling did.
Namely, his opinion is that professional fighters have different standards for when it comes to using their fighting skills in public. Even in situations when that public is hostile, he wouldn’t throw the first punch:

For me, I don’t, not against a civilian. In that situation, I wouldn’t have done it. I’m happy that it came out that he used to beat his exes, because I personally wouldn’t have done it. With me, they’re going to have to throw the first punch. Otherwise, I don’t do anything. And most of the time when I see they’re drunk, I’m not even going to fight. I might, if he really…put him in a choke. Just choke him out, put him on his side, call the cops.

But listen, I’ve been drunk a lot in my life also. I don’t like to be the person – this guy knew what he was doing, obviously, what he was doing. But if somebody’s really drunk, why would I bash his face in? The next day he wakes up and doesn’t remember what happened. Yeah, I’m not into that.

Check out “El Guapo” talking about the subject here: