Baret Yoshida Inducted Into The ADCC Hall Of Fame 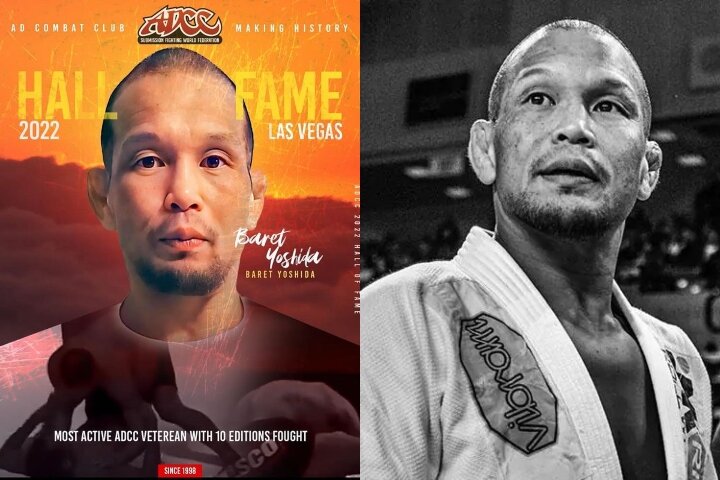 The ADCC continues to add remarkable athletes to its Hall Of Fame lineup. And the latest inductee to join the ranks is Baret Yoshida! ADCC shared the news on their Instagram account:

ADCC Hall of Fame: Baret Yoshida. Baret is one of the biggest staples in ADCC history, competing in an unprecedented 10 ADCC world events. Baret is a 2X silver medalist and bronze medalist.

Baret Yoshida started training Jiu-Jitsu back in 1994, at the Relson Gracie’s academy. He trained there up until his purple belt but then, in 1999, made the switch and continued his practice under Egan and Enson Inou.
He earned his black belt under Egan Inoue’s guidance and has proceeded to compete against some of the very best Brazilian Jiu-Jitsu athletes, such as Alexandre “Soca” Freitas – whom he beat back in 2001.

Yoshida went on to become one of the most important American figures in BJJ and submission wrestling tournaments in the early 2000’s. He has also competed in MMA and became an important grappling coach for many athletes at the time.
With that, he has also published a book and a DVD that were both greatly accepted by the grappling community.