Augusto Tanquinho: “Some athletes who were asking for PED testing in BJJ, are not competing at the Pan…” 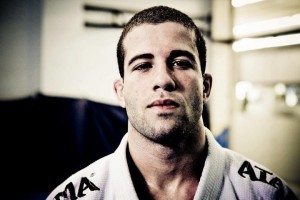 Augusto Tanquinho is one of dozens of stars confirmed at the Pan 2013, to be held from 20th to March 24th, in Irvine, California. There are so many top fighters that some categories of registered black belts are already being called “group of death”.

In the featherweight division, which is 70kg with kimono, Tanquinho will compete with the mythical Rubens Cobrinha, Rafael Mendes, Mario Reis and even against his girlfriend Mackenzie Dern’s father, the experienced Wellington Megaton Diaz. There is also Isaquel Paiva, Kim Terra, Osvaldo Moizinho, Italo Lins, Ed Ramos, Samir Chantre …

Tanquinho is training hard, twice a day and also working on his strength and conditioning. He stills needs to cut some kilos before D day. He also has other competitions coming up:  “My ultimate goal is WPJJC Abu Dhabi World in April. The Pan is actually a good test for me to correct some errors and arrive at my best in the World Pro. The Pan is filled with tough guys so I will not get any easy fight, but I’m focused.”

Tanquinho feels that his strengths are his versatile game that allows him to fight on top or bottom in the same way. Regarding the IBJJF’s decision to do PED testing, he thought that it was a great step forward but had some criticism:

“Jiu-Jitsu is still an amateur sport. We still have no say in who can take supplements or not. The athletes themselves have to go on a site which is only in English and look at substance by substance within each supplement they take to not fall in the test. In other sports with drug testing, athletes have doctors working with them that recommend them the right supplements, while we have to do everything on our own. Now, the funny thing is that several athletes who were giving interviews asking for PED testing in BJJ, are not competing at the Pan.”