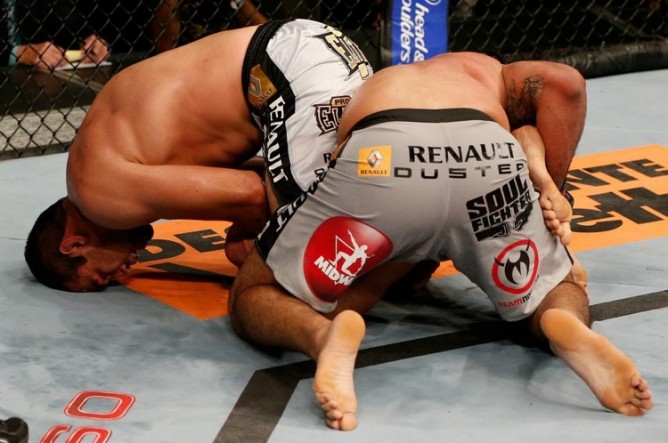 After Minotauro’s loss by armbar to Werdum at UFC on Fuel TV 10, he will undergo surgery:

“According to Nogueira’s coach, Luiz Dorea, the former UFC interim heavyweight champ is undergoing surgery this morning in Brazil to repair ruptured ligaments suffered in his left arm. No word on how long the 37-year-old will be forced to ride the pine.

This is the second time in three fights Nogueira, the man who hands out BJJ belts, has suffered a serious injury in an armbar defeat. “Big Nog” had surgery on his right arm after Frank Mir snapped it in two at UFC 140.

Nogueira was out for 10 months after Mir broke his limb.”