Andrew Wiltse Starts A Business: “This Is A Passion Project & It’s Going To Succeed” 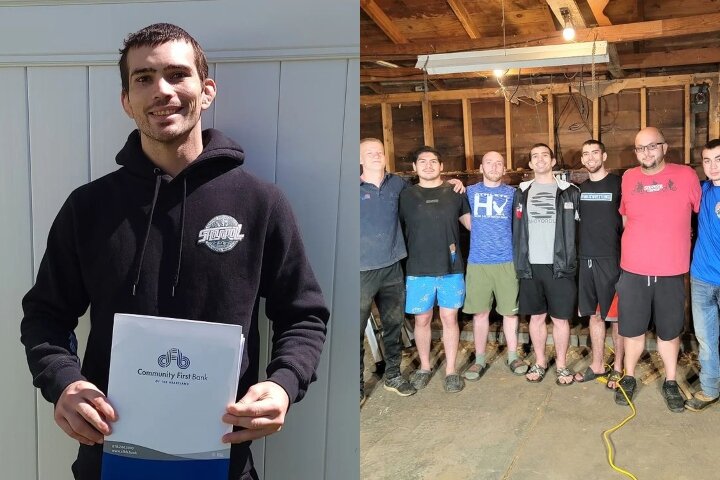 Andrew Wiltse is one of those athletes whom you can’t help but enjoy watching compete. His unique, “buzzsaw” game has earned him many grappling fans around the world; but it’s his personality and past that made him a favorite among them. He doesn’t hide his thoughts on a variety of subjects, expressing them openly – and has had to go through a lot of hardship in order to become as successful as he is today.

But Andrew isn’t stopping with success anytime soon, both on and off the mats. Just a couple of days ago, it was announced that he now co-owns an LLC, together with his brother!
Wiltse shared the news on his Instagram profile:

We have a business bank account and everything. I have so many ideas in my head that I’m not sitting on anymore. We’re implementing all of them! Hyperfocus can be a bitch, but this time we’re aiming the cannon at something big.

The WiltseBrothersBJJ Optimization Project has begun!

They’re upgrading their training and filming studio, and feel more than loyal to BJJ Fanatics and Shoyoroll for what they’ve done for them:

We’re fully remodeling our garage and making it a legitimate, professional studio! Soundproofing, lighting, logos, mats, everything!
@bjj.fanatics and @shoyoroll have generously gone out of their way to donate Me and Bird mats for this. If you ever questioned why we are as insanely loyal as we are, it’s because these people deserve it. They’re the best. Supporting them supports us.

But what is it that Andrew has in mind to do with his business? He explains:

I mean yeah, our instructionals were amazing.. for the standards of the time. But that was before.

Now, we’re switching gears to God Tier. I’m finally able to implement everything I’ve ever wanted in terms of optimizing BJJ Learning and Training. This is a passion project and it’s going to succeed. I wrote a 20 page paper on my project plan and took it to a bank, and we’re talking about 6 figure stuff. Stay. Tuned.

Not only that, but our gym is about to have a brand new building to reflect the quality of our training. They’re starting the PSF Wrestling academy. The way Every. Single. Thing is going the right direction is insane. We haven’t even scratched the surface.