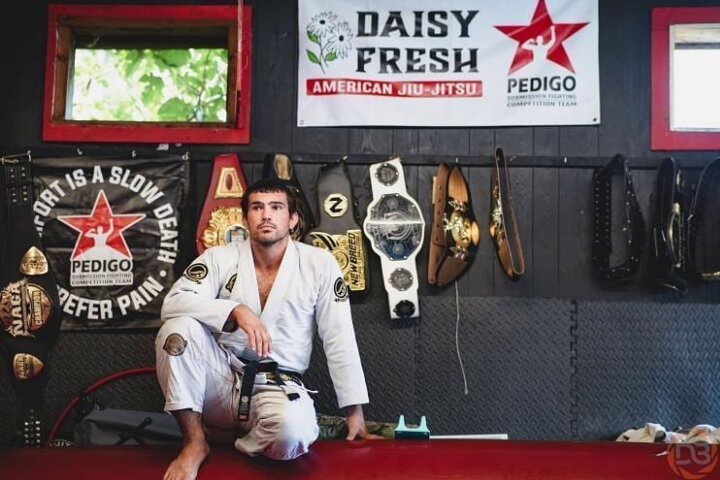 Andrew Wiltse, other than being a superbly exciting athlete, is also known for his vocal and cut-to-the-chase demeanor. In the light of the recent sexual assault allegations scandals in the BJJ community, Wiltse spoke on the BJJ Mental Models podcast on how Roberto “Cyborg” Abreu and Fight Sports haven’t properly responded to the allegations against Goncalves:

I don’t know Vagner (Rocha) and I don’t know Cyborg personally. I’ve met them a few times and in my opinion they seemed like decently moral people, whatever that means. And it is a complicated situation. You start having degrees of removal where people are attacking people that weren’t actually the perpetrator of the crime for not doing more. And you have to be a little bit cautious because they could genuinely think that someone didn’t do something wrong and then you’re like trying to ruin their entire lives because they don’t agree with your interpretation of the situation.

You could also have the opposite where that person actually did something that’s clearly blatant and f*cked up. And you want to have some kind of justice for that. And people are doing the buddy system and just disregarding any evidence that the person did something wrong. I think the Fight Sports situation is obviously one of those cases because there’s police involved, there’s admittance, there’s smuggling of someone out of the country. Their situation is pretty inexcusable.

Wiltse points out that, while impossible to notice every bad person in the academy, it’s the responsibility of the academy leadership to throw them out once spotted:

You, as an association owner, are not completely responsible for the actions of your students and association members. You don’t know someone is a f*cking pedophile r*pist until they do it. And then your reactions after the fact say it the most. That is probably the worst reaction you can have: “Come on, you were obviously hitting on him”, or something – when you’re f*cking 16. Your brain isn’t even fully developed. You don’t deserve to bear the brunt of that, even if you were being promiscuous. A thirty year old man is expected to know better.

ANDREW WILTSE: “NO MEANS NO!”

Andrew also issued a PSA on the topic himself a couple of weeks back. In the beginning of the video, he emphasizes that sexual assault doesn’t just mean what most people think it means. For example, it also means flirting too aggressively when the other person isn’t showing any interest. It means coercing someone to engage in sexual activity by talking them into it, even though they said “no”:

No means no! One “no” means “back off”. Listen to body language, too. They many not be vocalizing it, they many not be saying the words “no” or “stop” out loud… But if they’re stiffening up and being unresponsive, it’s clear that they’re not interested – fu*king back off.

If they’re under the age of 18, don’t fu*king do it! Some of you stupid fu*king idiots out there don’t understand that they’re children. Their brains are not fully developed… They don’t have any life experience yet, they don’t have any real individuality. And they don’t control their own lives yet. They don’t know who they are as people.

Andrew also addressed the issue of BJJ practitioners covering up other athletes for sexual assault:

I can somewhat understand that this guy is your friend… [But] no. Come on man, you guys set an example for the rest of the sport. You have people who look up to you. You can’t normalize this culture, just don’t do it.

As far as victim-blaming is concerned, Wiltse doesn’t hold his tongue back the slightest:

You’re literally blaming children for being promiscuous, you dumb motherf*ckers.