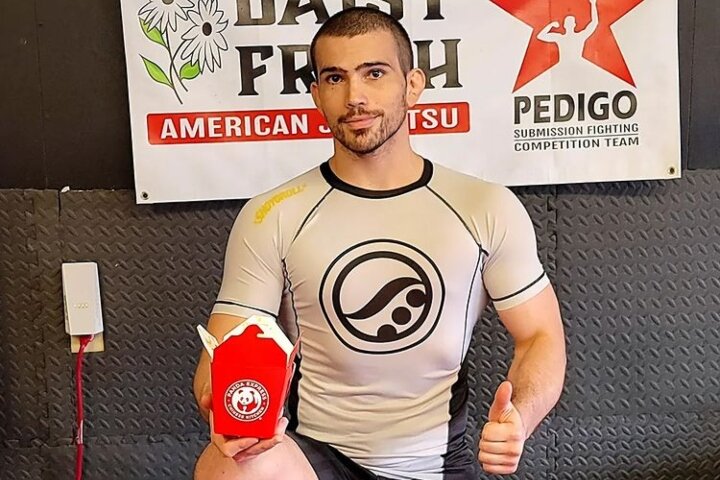 If there’s one thing that you need to know about Andrew Wiltse, except from the fact that he’s one of the most superb and exciting-to-watch grapplers today… It’s that he loves eating from Panda Express; an American fast food restaurant chain that serves American Chinese food. And not just that, but he’s been giving it his all to get sponsored by them for quite a while now.

Well, it seems that dreams do come true (especially after working hard on them) – as Andrew is now officially sponsored by Panda Express! He shared the awesome news on his social media:

Today… Is one of those days that just shouts “Victory Panda”.

It’s all coming together. After a decade of living in the gym, sleeping on the mats, foraging for scraps to make it to tournaments… It’s finally happened.
Panda Express is officially sponsoring me!

We did it! I am now the first Jiujitsu athlete in history to be sponsored by a major restaurant chain! By far the best one! Huzzah!
Turns out dreams really can become reality. Success and Panda Express!

He gave his thanks to his team, as well as to the fans who’ve been tagging the restaurant chain on his posts:

None of it would have happened without Pedigo Submission Fighting and Heath Pedigo pushing me to be the best I can be athletically.
And of course, FloGrappling and all of the fans constantly tagging Panda Express at every opportunity. You all rock.

Huge, special shout out to Jonathan Ortega for genuinely making it happen. He’s been working hard behind the scenes, pushing this forward for a while. He’s been on every call and email, going massively out of his way, to get us to this point.