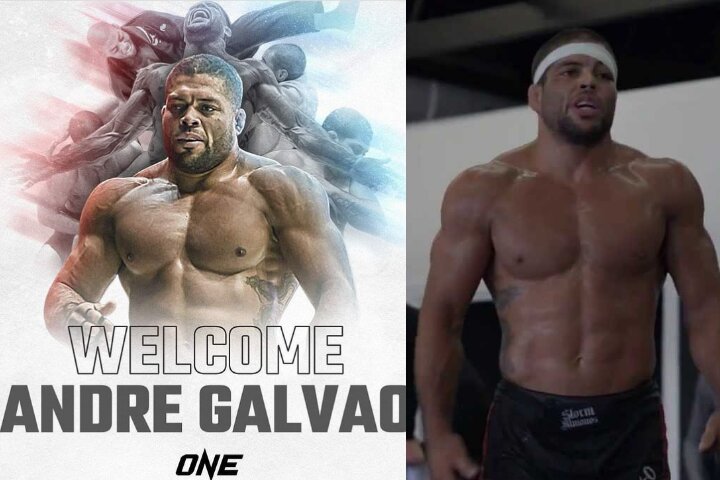 After much speculation and waiting, the word is now out – Andre Galvao has signed a multi-fight deal with ONE Championship! It was Chatri Sityodtong, ONE Championship’s Founder and Chairman, who shared the great news on his social media:

Please join me in welcoming Andre Galvao to ONE! A multiple time World Champion, he is one of the greatest grapplers in history. His goal is to win world titles in both MMA and submission grappling in ONE. ⁣
⁣
Who would you like to see Andre face first on the world’s largest stage of martial arts?

Galvao, who is a 6x world champion in Jiu-Jitsu and a 6x ADCC Champion, has enjoyed MMA success in the past. The São Paulo native has fought in large organizations such as Strikeforce and Dream, where he accumulated five wins and two losses, before returning to devote himself exclusively to Jiu-Jitsu.
Now 39 years old, Andre says that he’s looking forward to showcasing his much improved wrestling and grappling game. And, as grappling fans all around the world already know, he’s scheduled to face Gordon Ryan at a next year’s ADCC superfight.

Needless to say – Andre Galvao is finishing this year with a bang and will start the next one in the same way!